Tax Consequences Of The $130,000 Payment To Stormy Daniels 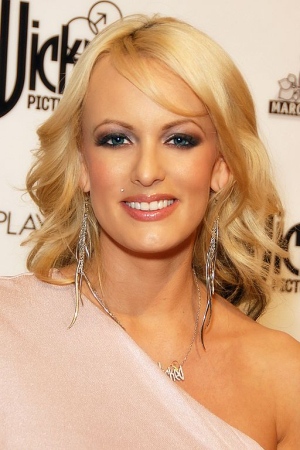 At first it appeared that Michael Cohen had paid off Stormy Daniels with his own money, and without President Trump's knowledge. Then, Rudy Giuliani said President Trump had reimbursed him. Then, there was some reshuffling about who knew what when. There were some awkward questions about whether President Trump knew of the deal at the time, or only learned of it later. The timing and mechanics of the reimbursement seem a little confused. From a tax viewpoint—which surely isn't the most important part of this story--many of these details may not matter. Even so, the tax issues are an interesting side show. Just about every kind of payment has tax consequences, to both the recipient and to the one who paid the money.

There's no question that Stormy Daniels would have to pay tax on the $130,000 payment. Settlement money is almost always taxable to the recipient, unless it is for personal physical injuries or physical sickness. That is one of the rules about taxes on legal settlements. But on the payer side of the equation, it isn't so clear whether someone paying her could deduct the payment, leaving aside the question of who effectively paid the money. Michael Cohen may have expected reimbursement at the time or only learned of the reimbursement later. Someone else was ultimately paying the bill.

For tax purposes, that suggests that Mr. Cohen was an agent, not the principal. Cohen may or may not have deducted the $130,000 payment as some kind of business expense. But should he have?

Woody - what exactly is it you think the Clinton Foundation has done, what actual evidence is there of whatever you suggest, and how would you know if its returns have been scrutinized or not?

Awesome Anon Name, I'll believe that politics are aside and that scrutiny is applied to most suspected crimes when the Clinton Foundation and its dirty laundry is audited.

Politics aside, I somehow think that most people who are being investigated for financial and related crimes by the federal government have their tax returns scrutinized.

"Cohen may or may not have deducted the $130,000 payment as some kind of business expense. But should he have?" ... That will be answered. There is a 100% certainty that Democratic partisans within the IRS are already setting up a Cohen audit.