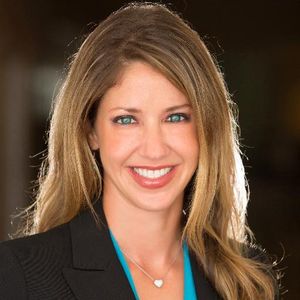 Mike Fernandez, a Florida billionaire and former GOP megadonor who crusades for the rights of undocumented immigrants, is rising to the defense of the woman who heads his immigration-reform group by saying she had “nothing to do” with a sensational murder-for-hire plot that killed her ex-husband.

Fernandez emailed his statement of support for Wendi Adelson after NBC’s “Dateline” last week devoted a two-hour investigative special to the Tallahassee murder of her ex, Florida State University law professor Dan Markel, amid a bitter divorce and court fight over their two young boys in 2014.

The show aired just as Fernandez’s group, the IMPAC Fund, was mounting a successful public relations assault on a proposed state ballot measure aimed at cracking down on businesses that hire illegal immigrants.

“Dateline” never accused nor quoted anyone accusing Adelson of murder. But Tallahassee detectives suspect that her brother, Charlie Adelson, hired one of the two South Florida hitmen, who was dating his former girlfriend. The Adelsons’ mother appeared to be paying the girlfriend for a no-show job, and the woman obtained a cheap Lexus from Charlie Adelson, who underwrote half the cost of a breast augmentation job with a surgeon nicknamed “Doctor Boob-ner,” according to the show.

In an email to supporters of IMPAC, which stands for the Immigration Partnership and Coalition, Fernandez never used the word “murder” or named Markel, and instead described the “loss of her former husband and young sons' father in July of 2014.”

Adelson “appropriately disclosed the terrible circumstances to us prior to her appointment as our Executive Director, and we made inquires that confirmed her lack of involvement,” he wrote. “We express our support of her as she navigates the impacts of this loss and media interest in the case. She continues to be a dedicated mother and leader of the IMPAC Fund despite these challenges.

“As prosecutors and investigators have concluded, Wendi had nothing to do with this tragic event,” Fernandez wrote.

Leon County State AttorneyJack Campbell refused to confirm or deny that his office had concluded Wendi Adelson was not involved with the murder. “We simply can’t talk about the facts while the case is still pending,” Campbell told POLITICO.

Wendi Adelson’s attorney, John Lauro, said that the prosecutors’ actions in the case have indicated her innocence. He said that she had received a subpoena to testify in the criminal case against confessed killer Luis Rivera before he pleaded guilty to his role in shooting her ex-husband. “Prosecutors don’t subpoena suspects,” Lauro said.