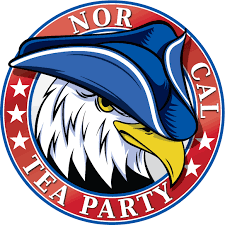 You may have missed the small item in the tax press describing the latest embarrassment for the Service arising out of the agency’s handling of applications for tax exempt status submitted by “tea party” organizations. The taxpayers, their supporters in the press, and many in Congress have long contended that the IRS action was politically motivated and evidence of an agency running amok. Meanwhile, the Service bungled its response, adding fuel to the fire. While public discussion of the scandal has subsided in recent months, we learned last week that the Government had settled a class action brought by the Tea-Party organizations with a $3.5 million payment from the Treasury. NorCal Tea Party Patriots v. Internal Revenue Service, No. 13-cv-00341 (Order of April 4, 2018).

For any of you who do not know remember the back story, the underlying dispute began nearly a decade ago with filing of a spate of applications for tax-exempt status by organizations with political agendas, including many organizations associated with the Tea Party movement. The applications attempted to skirt the prohibition against political activities by tax-exempt organizations, although the political focus of the applicants was readily apparent. The exempt organizations specialists within the Service’s National Office, headed by Lois Lerner, eventually transferred the applications to a small office in the Cincinnati Service Center, where they largely languished in inaction. The motive for the Service’s action is a subject of dispute—many have contended that the Service was implementing the political agenda of the Obama administration. The official explanation of what happened provided by senior Service officials kept changing, Ms. Lerner refused to testify at Congressional hearings, the Service “lost” the data from Ms. Lerner’s computer, and IRS Commissioner Koskinen’s appearances before congressional committees only added to fears of political wrongdoing. Years later, several senior Service officials have left office with their reputations damaged, the public standing of the Service has declined even further following congressional hearings, and many of the complaining organizations have quietly received tax-exempt status.

Naturally, the scandal generated a substantial amount of litigation, little of which has gone well for the Government. The Nor-Cal case was brought as a class-action by one of the disappointed applicants for tax-exempt status. According to the plaintiffs, the Service gave increased scrutiny to applications submitted by the taxpayer and other politically conservative groups, delayed action on some of the applications and, in some cases, requested additional and unnecessary information from the applicants to delay review of their applications. Substantively, the plaintiffs’ legal claims asserted violations of the First Amendment and the Section 6103 prohibition against disclosure of taxpayer return information. ...

The settlement is remarkable in part because the taxpayers’ claims appear to have had massive legal and factual holes, even accepting the taxpayers’ allegations regarding the Service’s mis-handling of their exemption applications. ...

Under the circumstances, the Government’s willingness to settle the case by paying damages to the class is remarkable. This blogger’s experience has been that the procedures employed by the Government for reviewing settlement proposals of tax cases involving multi-million dollar payouts from the Treasury would have required formal written review by several officials in the Justice Department’s Tax Division, including the Acting Assistant General. Several Service employees would also have reviewed the proposal, with formal written approval given by someone acting on behalf of the current Acting Chief Counsel. Depending upon application of some nuances in the procedures governing settlements, a review by the Congressional Joint Committee on Taxation may have been required under Section 6405.

So, this blogger asks: What induced these officials to approve the settlement and the multi-million dollar payout? Did the Government’s evaluation of the litigating hazards (likelihood of success multiplied by potential damage award) justify a payment of $3.5 million to the class? Or, was the payment justified by other considerations (e.g., a desire to buy a quiet resolution to embarrassing litigation)? And, if so, is that a proper reason for the government to pay litigants? As much of that process was conducted internally within the government and is privileged, we will all be left to ponder the possibilities.

I am surprised that there has not been much media attention to this IRS scandal.

I have written more than 25 articles for NPQ on the IRS scandal since it became public in May, 2013. My belief is that the federal government was more willing to settle after January, 2017 because a new administration was more able to "move on" than the previous one was, especially since the federal court rulings affecting the remaining targeting cases were going decidedly against the government. Adverse rulings were made by judges appointed under both Democratic and Republican presidents, including Merrick Garland.

Of particular interest and concern was (were?) the multiple orders requiring the IRS to furnish information to the plaintiffs that would have inevitably become public. One of Garland's orders in particular waged a frontal assault on how the IRS was using Section 6103 confidentiality protections to avoid disclosure in such a way as to benefit the agency rather than the taxpayer(s) involved.

One minor point I would dispute with the author: the cases initiated with the EO Determinations Unit in Cincinatti and were referred to more senior personnel in DC for guidance when Cincinatti staff began to notice more than one similar case in a short period of time in January-February, 2010. That referral resulted in a delay of more than one year while staff changed and IRS headquarters struggled with how exactly to handle the "Tea Party cases" as a group. This was only the first in a series of delays that were the result of DC-based decisions to issue "unreasonable" and/or "inappropriate" requests for additional information.

One theory I'd like to hear examined in more detail was the rationale for the Cincinatti office's initial decision to refer cases to DC. It's assumed it was due to the political nature of the applicant organizations, but I have also heard that they were adhering to IRS protocols affecting tax exempt applications with the potential to become issues of public interest (i.e., media scrutiny). It's a plausible reason that, if true, should have been mentioned prominently in the IRS's testimony to Congress regarding the 400 or so affected applications.