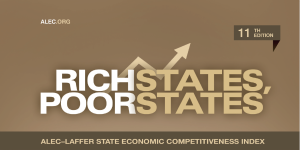 The 11th edition of Rich States, Poor States is characterized by great movement in state economic performance and outlook as a result of federal tax reform and the resulting actions of certain states. In the past five years alone, 30 states have significantly reduced their tax burdens. Those that fail to adapt to this competitive environment can fall behind by simply standing still. The facts remain clear that pro-growth policies are working and there is a clear trend in favor of market-oriented reforms. 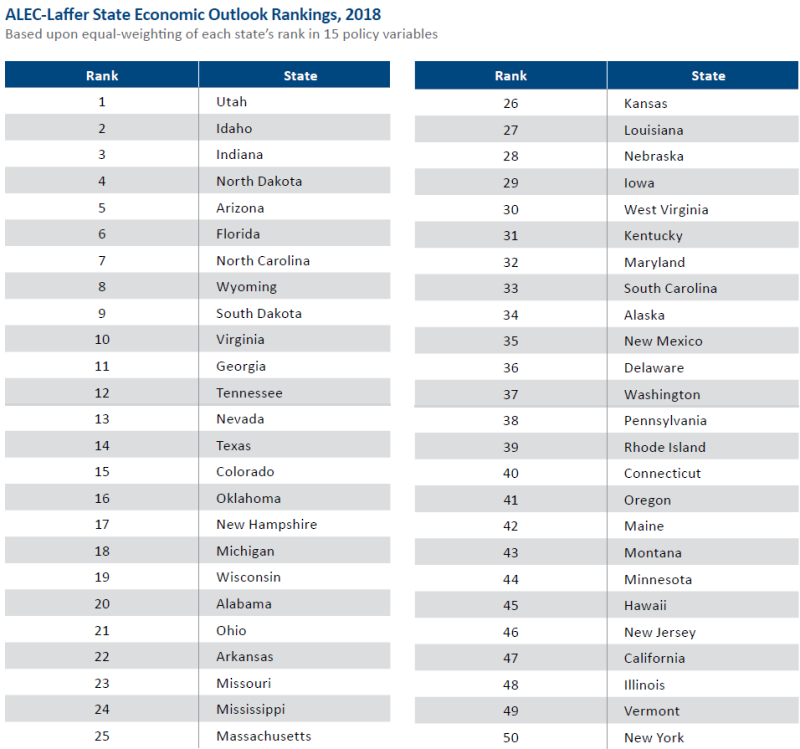 Blue states will lose millions of people in the years to come—and they aren’t ready.

As the Trump tax cut was being debated in December, California’s Gov. Jerry Brown called the bill “evil in the extreme” and fumed that it would “divide the hell out of us.” He’s right—but in the end, this change could be good for all the states.

In the years to come, millions of people, thousands of businesses, and tens of billions of dollars of net income will flee high-tax blue states for low-tax red states. This migration has been happening for years. But the Trump tax bill’s cap on the deduction for state and local taxes, or SALT, will accelerate the pace. The losers will be most of the Northeast, along with California. The winners are likely to be states like Arizona, Nevada, Tennessee, Texas and Utah.

For years blue states have exported a third or more of their tax burden to residents of other states. In places like California, where the top income-tax rate exceeds 13%, that tax could be deducted on a federal return. Now that deduction for state and local taxes will be capped at $10,000 per family. ...

Now that the SALT subsidy is gone, how bad will it get for high-tax blue states? Very bad. We estimate, based on the historical relationship between tax rates and migration patterns, that both California and New York will lose on net about 800,000 residents over the next three years—roughly twice the number that left from 2014-16. Our calculations suggest that Connecticut, New Jersey and Minnesota combined will hemorrhage another roughly 500,000 people in the same period.