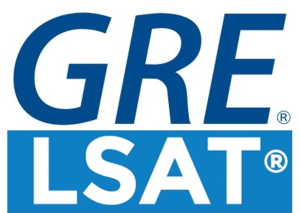 [A]n upheaval of sorts [is] going on at most law schools around the country, which have faced plummeting enrollment for several years. Although they are beginning to recover, the fallow period led them to explore ways to find new pools of potential students.

One of the solutions, many decided, was to make a change in admission requirements. They would no longer rely solely on the Law School Admission Test, or LSAT, which has been considered the surest predictor of how a student will fare in coursework. As an alternative, they would consider performance on the Graduate Record Exam. Accepting it could allow many more students to get into law school, proponents of the change said.

But some defenders of the traditional test say the change amounts to a dangerous lowering of standards and could allow too many students to enroll in law school who would be unable to pass the lawyer licensing exam.

Many deans, however, want to rid themselves of some constraints on their admissions policies. They seek more flexibility to admit candidates they think are promising but who do not necessarily fit a conventional profile.

A showdown of sorts is set for later this month when the American Bar Association’s accrediting body plans to hold a public hearing where both sides can air their views. ...

Nearly 20 law schools, including Harvard’s, have embraced the GRE as an alternative. More than 150 law school deans, including those from many elite schools that had no shortage of applicants, vigorously backed Arizona’s effort two years ago to introduce the alternative.

In March, the Education Testing Service, the Princeton, N.J., organization that administers the GRE and other standardized tests, unveiled a tool to help schools compare the results of the GRE and the LSAT.

Supporters of the GRE say fewer restrictions will make law school more readily available to people of more varied backgrounds as well as more races, ethnicities and income levels to offset the small percentages of minorities in law school. Black and African Americans make up only about 8.5 percent of law students; Asians and Hispanics make up an additional 20 percent of law students in 2017.