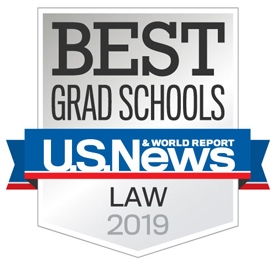 We then ranked all 204 law schools by index score in decreasing order, creating the 2018 Revealed-Preferences ranking of law schools. ...

The 2018 Revealed-Preferences Rankings of the top 10 law schools is broadly consistent with the 2018 U.S. News & World Report ranking. However, the Revealed-Preferences Rankings of law schools outside the top 10 diverges significantly from the U.S. News rankings. For example, UCLA cracks the nearly time-invariant T-14s, sneaking in at 14, while Georgetown finds itself on the outside, looking in. Just outside this group, USC also fares better, at 16, than the U.S. News rankings, while Texas and Washington University lost 4 and 2 spots compared to their U.S. News rankings, respectively. BYU, however, was among the biggest winners, gaining 23 spots and checking in at 18 in our rankings.