[O]n March 29, students at the City University of New York School of Law held protest signs and heckled Josh Blackman, a professor at South Texas College of Law Houston, who had been invited by the campus chapter of the Federalist Society to talk about free speech.

Blackman, who is right of center and has defended the legality of some of President Donald Trump’s actions, went public last week with his experience at the school, posting a video that showed him navigating a protestor-packed corridor and struggling to deliver his remarks over the interjections of students standing inches away. The signs called Blackman a white supremacist, oppressor, and racist, among other things. (The student protesters appear to have taken particular issue with Blackman’s support of Trump’s decision to rescind the Deferred Action of Childhood Arrivals program on the grounds that its creation was unlawful. Blackman said during his remarks that he supports the DREAM Act.) The protesters left the room after 10 minutes, but Blackman scrapped his prepared remarks and instead took questions from students.

We talked to Blackman on Tuesday to discuss his experience at CUNY, the future of free speech on law campuses, and how law schools should handle student protests. His answers have been edited for length and clarity.

A student shouted out “Fuck the law.” This comment stunned me. I replied, “Fuck the law? That’s a very odd thing. You are all in law school. And it is a bizarre thing to say fuck the law when you are in law school.” They all started to yell and shout over me. ...

Less than twenty-four hours before the protest, the South Texas College of Law Houston granted me tenure. I am deeply grateful to my colleagues for their vote of confidence. This security will ensure that I can effectively engage protestors and challenge their ideas for many decades to come. 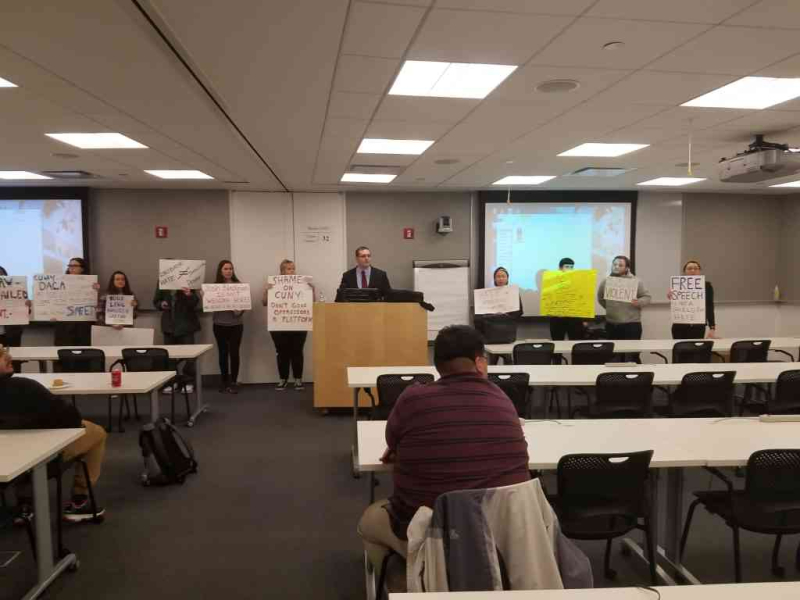 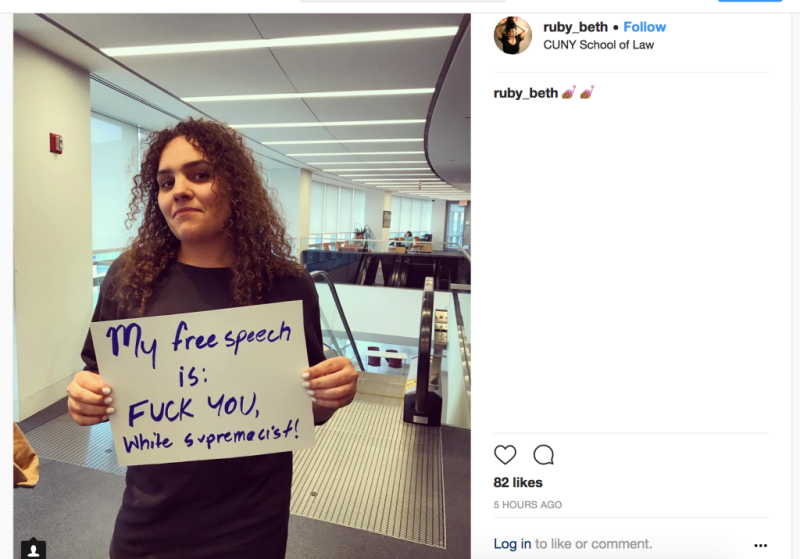 I could point out violence committed by Antifa and Bernie Sanders supporters, but I'll just ask you: Could you cite a single instance of a progressive professor being treated this way at any college or university?

You know, comparing apples to apples, in this case...

@Tame -- Look, both sides have their cranks -- dangerous (I'll see your Breivik and raise you Pol Pot) and otherwise -- but only the Left has normalized the hecklers veto to prevent reasoned discourse.

CUNY should have its accreditation reviewed on this basis.

This is quite tame compared to what conservative protestors have done.
http://wjla.com/news/nation-world/charlottesville-violence-a-timeline-of-events
https://en.wikipedia.org/wiki/Anders_Behring_Breivik

Free speech means dealing with the fact that some people don't like what you have to say.