A Value-Added Ranking Of Law Schools 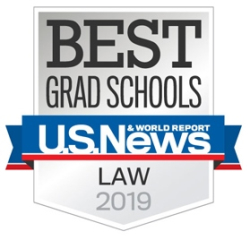 Before and since the first publication of the U.S. News & World Report (hereinafter “U.S. News”) rankings of law schools, legal education has been characterized by competition. As the first mover in the rankings of law schools, the U.S. News’ rankings have changed the landscape of legal education. Not only do law students to measure the worth of law schools based on these rankings, but law schools are reactive to the categories favored by these rankings’ methodology in order to bolster their position relative to their peers. This fixation on one ranking may foment the progress of legal education toward providing quantifiable value to current and prospective students.

These subjective rankings are so junior high

I think the attack on US News would be more convincing if it wasn't motivated by self-interest. US News essentially measures resources and prestige. People who don't care about these things are free to ignore the rankings. Attacks on them by schools that don't do well are less convincing.