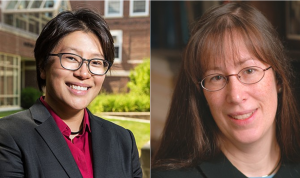 Shu-Yi Oei (Boston College) & Diane Ring (Boston College) present The Other Labor Law? New IRC § 199A and the Impact of Tax on Workplace Arrangements at BYU today as part of its Tax Policy Colloquium Series hosted by Cliff Fleming and Gladriel Shobe:

As part of the 2017 tax reform, Congress enacted new IRC § 199A of the Internal Revenue Code. This new “qualified business income” (QBI) provision grants passthrough taxpayers, including qualifying workers who are independent contractors, a deduction equal to 20% of a specifically calculated base income amount. An important question is new Section 199A’s effects on work and labor markets, and specifically whether the new provision will give rise to a large-scale shift in the workplace, causing many workers to be reclassified as independent contractors.

Notwithstanding the current focus on new § 199A, the relationship between tax law and workplace arrangements is a longstanding one. This Article examines the interplay between tax law and workplace arrangements that has existed prior to § 199A. It then analyzes the potential effects of new § 199A on workplace arrangements in light of existing tax-workplace law dynamics. We show that while § 199A may make independent contractor classification more attractive at the margin and may help “firm up” borderline classification choices, there are several factors that may limit the extent of workplace shifts. IRC § 199A’s own internal guardrails, forthcoming agency interpretations of the new statute, and broader business constraints and realities may stymie wholesale worker reclassification in certain sectors, thereby muting the new provision’s impacts. In addition, care must be taken when attempting to isolate IRC § 199A’s impacts from the effects of broader marketplace factors and trends: There are other existing influences that already have contributed to large-scale workplace shifts. New § 199A’s impact must be understood in light of those preexisting factors.