Kahrl Presents Lien On Me: Race, Power, And The Property Tax At UCLA 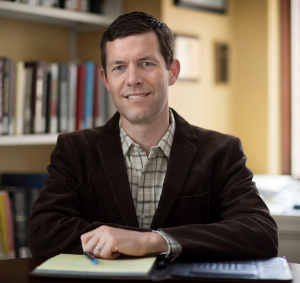 Andrew Kahrl (Virginia) presented Lien On Me: Race, Power, and the Property Tax at UCLA on Friday as part of its Tax Policy and Public Finance Colloquium Series hosted by Jason Oh and Kirk Stark:

This paper forms part of a larger book project I am currently completing on the taxation of black Americans from Reconstruction to the present. The project focuses specifically on the property tax and examines its role in shaping—and frustrating—African Americans’ struggles for political and economic empowerment, and claims to property rights, during the long Black freedom movement. Because of the opaque nature of the assessment process, the legal barriers to uncovering and challenging assessment irregularities, and the harsh penalties for tax delinquency in many states, the property tax, I argue, became a powerful instrument of white homeowner advantage, on the one hand, and racial discrimination and black property dispossession, on the other.

Beginning in the Jim Crow era, local assessors consistently over-valued African American-owned property relative to white property, forcing African Americans to shoulder a heavier local tax burden. Black property owners were also far more likely to have their property seized and sold by local governments for tax delinquency. These inequities persisted in the urban North in the post-World War II era, where the over-assessment of black neighborhoods reinforced patterns of segregation in metropolitan housing markets, frustrated black attempts to build wealth through homeownership, and rendered them more vulnerable to tax delinquency. The project looks closely at how a tax lien industry took shape in twentieth century America, and how this form of investing disproportionately and negatively impacted African American homeowners and today serves to facilitate the displacement and dispossession of property in gentrifying urban neighborhoods.