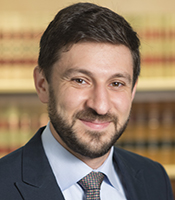 Economic inequality in the United States is now approaching historic levels last seen in the years leading up to the Great Depression. Scholars have long argued that the federal income tax alone cannot curtail rising inequality and that we should look beyond the income tax to a wealth tax. Taxing wealth also faces two central and resilient objections in the literature: A wealth tax penalizes savings and overlaps with a tax on capital income.

This Article moves beyond this stalemate to redefine the role of wealth in a progressive tax system. The argument proceeds in three main parts. The Article first interrogates the justifications in the literature for a wealth tax and introduces a new justification grounded in the relative economic power theory which explains how inequality generates social and political harm. This theory formalizes the problem of inequality and has specific implications for the way that economic inequality should be measured and constrained. In particular, this theory implies that economic inequality should be measured by differences in economic spending power during the taxing period.

The Article then describes design problems in coordinating taxes on labor income, capital income, and wealth as factors in inequality and the limitations of each of these factors as a base for taxation. A capital income tax favors wealth holders relative to labor-income earners. A wealth tax, in contrast, disfavors wealth holders relative to labor-income earners and cannot account for taxpayers’ varying needs to save their wealth for future periods. Finally, proposals in the literature for separate taxes on both income and wealth do not account for the relationship between the two as factors in economic well-being. As a result, taxpayers are overtaxed or undertaxed, depending on their mix of income and wealth.

Finally, the Article introduces a redefined wealth tax as part of a new combined tax on both income and wealth. This approach first recharacterizes wealth and capital income as an annuity value (the “wealth annuity”), reflecting both capital income earned during the period and a portion of the taxpayer’s wealth principal. The wealth annuity is then added to the taxpayer’s labor income for the period to yield the combined base. This new progressive tax base resolves the coordination problems with taxing labor income, capital income, and wealth as factors in economic inequality; accounts for the needs of savers; and tailors the tax base to the specific ways that inequality causes social and political harm.