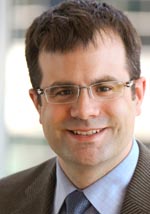 Sloan Speck (Colorado) presents Debt and Taxes over the Life Cycle at UCLA today as part of its Tax Policy and Public Finance Colloquium Series hosted by Jason Oh and Kirk Stark:

This paper argues for a different approach. In the United States, the tax aspects of non-business debt are situated within a broader matrix of regulations governing various categories of household debt. Certain types of household debt—this paper considers home mortgage loans and loans for higher education—are structured in ways that have implications, explicit and tacit, across borrowers’ life cycles. This context should inform normative determinations about the value of interest deductibility for household debt.

Within this broader framework for understanding household debt, interest deductibility has potential value as a mechanism for smoothing households’ consumption over their life cycles. For self-amortizing loans at modest interest rates, interest deductions are larger in early years and smaller in later years. Coupled with conventional trajectories of wage growth, this pattern of interest payments has the effect of shifting after-tax income to early years from later ones, smoothing income in a material way across a taxpayer’s life cycle. Furthermore, this type of smoothing is notably difficult to accomplish through purely private markets.

This use of the tax system to facilitate income smoothing is second-best. More efficient would be direct government payments during the life cycle to accomplish smoothing. Smoothing through interest deductibility, however, has advantages in that it leverages existing and entrenched non-tax legal and administrative infrastructure to accomplish specific policy goals. This paper concludes with various ways the deductibility of interest on certain household debt could be modified to better accomplish smoothing over taxpayers’ life cycles.