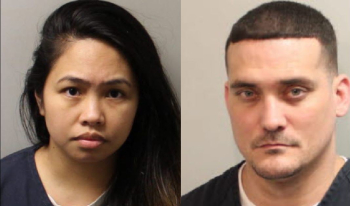 New charges filed Wednesday against the two accused murderers of Florida State law professor Dan Markel reflect what investigators say was their integral role in the plot to have him killed.

Prosecutor Georgia Cappleman said the additional charges don’t come from new evidence in the case but were filed to make sure the entirety of what investigators say went into the scheme is reflected. “The first-degree murder doesn’t cover all the conduct that was involved,” she said, adding that both Garcia and Magbanua were involved in planning the murder, she said, and then turned to recruit others. ...

Magbanua's attorneys say the additional charges point to a lack of readiness by prosecutors to go forward with trial. "I thought they were ready for trial? That’s what they keep telling the judge," said defense attorney Christopher DeCoste in a text. "Yet years into the case and they’re still trying to figure out charges? This means they don’t understand the case and is the very reason why they’ve wrongfully included Katie."

No evidence of intent equals not guilty.

Additional charges benefit the prosecution in at least two ways: 1. Additional evidence may be admissible because it is relevant to the new charges. 2. Juries love to compromise and sometimes get hung up over minor matters on ONE charge while finding another easy. In other words, what prosecutors think is easy to prove and what jurors think is easy to prove are sometimes quite different. It is good to give jurors choices.