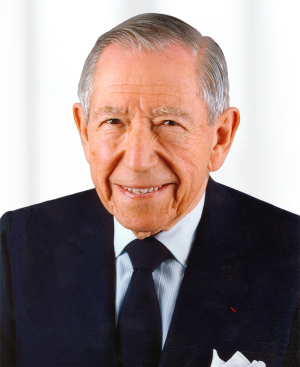 Leonard L. Silverstein, a Washington lawyer and arts patron who started a series of prominent tax-law guidebooks and became a member of the city’s cultural and fundraising firmament, died Feb. 14 at his home in Bethesda, Md. He was 96. ...

As a young, Harvard-educated legal adviser to the Treasury Department, Mr. Silverstein helped shape the Internal Revenue Code of 1954, a massive overhaul of the federal income tax system. In 1959, he created Tax Management Porfolios, authoritative texts for the nation’s accounting firms and which today are part of the Bloomberg media empire.

The next year, he co-founded Silverstein and Mullens, a firm specializing in tax law and estate planning. In 2000, it became a division of what is now the Pittsburgh-based Buchanan Ingersoll & Rooney. Until his death, Mr. Silverstein worked at the merged operation. Among his clients were Fortune 500 companies in fields as disparate as aerospace and entertainment. ...

Leonard Lewis Silverstein was born in Scranton, Pa., on Jan. 21, 1922; his father, a lawyer, became city solicitor. After receiving a bachelor’s degree from Yale University in 1943, he served in the Navy in the Pacific during World War II. He graduated from Harvard Law School in 1948 and, in Washington, briefly worked for the IRS and as special tax counsel to the Small Business Administration. He opened his law practice with Richard A. Mullens, who died in 2010.

Mr. Silverstein was a great lawyer and a great gentleman. I was privileged to have made his acquaintance.