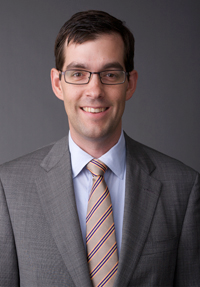 In this paper, I will argue that “fundamental tax reform” should not generally by the goal of tax policy. Instead, policymakers should take an incremental approach to policymaking. That is, instead of trying to pick the “best” option among several fully-formed theoretical tax systems, policymakers should work to make incremental improvements to the existing system—they should identify a clear, but narrow, objective, and then work toward that objective with incremental, serial changes, informed by evidence from the previous rounds of changes.

This incrementalist approach to policymaking was first described and formalized by Charles Lindblom in 1959, and it has since then been one of the dominant schools of thought in political science and policy studies, both as a description of actual behavior, but also as an optimal decision procedure. The incrementalist claim is that because policy outcomes are uncertain, our empirical knowledge is limited, and values conflict, we should instead “muddle through” with small targeted changes based on more reliable empirical data and conclusions.

This is a powerful and compelling argumment for all policy, but I believe that it applies especially to tax policy, because of several features that are either unique or particularly relevant to tax. ...

Moreover, taxation, both in theory and practice, is often called upon to address the distributional effects of non-tax policy changes. A major line of literature in law and economics argues that non-tax legal rules should pick the “optimal” rule regardless of the distributional effects, since the tax system is better able to correct and adjust for those distributional effects. This view has informed some actual policy, especially in antitrust. But if that is true, then the “best” tax policy will be one the depends directly on factors exogenous to tax, and incrementalism is essentially required.

In making this argument, I am consciously pushing back against a tendency in the tax literature for scholars to put forward and then argue the relative merits of various fundamental reform options. (One sometimes hears the joke that there are as many reform proposals as there are tax academics.) And that tendency extends beyond academics, to politicians, observers, and even the general public. There is a gut-level attraction, even among scholars, for the idea of “ripping up the tax code and starting over.” And not without reason, since the tax law is obviously imperfect, and perhaps beyond repair.

Yet replacing one system with another, root and branch, is an incredibly risky endeavor. Even if we have fairly convinced ourselves of the merits of the change, we have large epistemological and scientific limits on our ability to get that question right. Indeed, we may not even know what the risks are, much less their likelihood of coming to pass. ...

This is not to say that scholarship and theoretical work comparing fundamental reform options is not valuable. It is vital, but it is vital for allowing us to ask and frame the right questions, not for giving us definitive answers. This work should lead us to search for empirical evidence—evidence that could come, to be clear, from incremental policy changes. Thus, I am not arguing that a DBCFT cannot be a goal of tax policy. Rather, I am arguing that if it is a goal, we should move toward that goal in incremental steps, where we can judge the efficacy of each step, and use that knowledge to adjust the path to a DBCFT, deal with transition issues more effectively, and even to change our minds if the predicted results are not coming to pass.