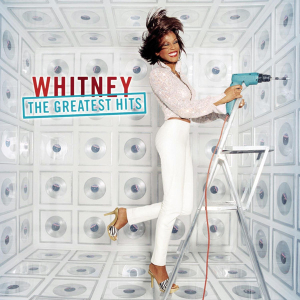 Following up on my previous post, How Will I Know? IRS Claims Whitney Houston's Estate Undervalued Her Right Of Publicity By $11.5 Million:  Jennifer E. Rothman, Whitney Houston Estate Settles with IRS over Right of Publicity Valuation:

The Whitney Houston estate and the IRS have settled their dispute over the value of the Grammy award-winner’s estate. The more than $11 million dollar disagreement in the amount of taxes owed centered on the valuation of Houston’s intellectual property rights, and particularly the value of her postmortem right of publicity. The estate had claimed that Houston’s right of publicity was worth just under $200,000, while the IRS claimed that it was worth more than $11.7 million. A staggering difference.

The IRS and the estate ultimately settled with the estate agreeing to pay $2 million. The IRS had initially sought more than $11 million in taxes and penalties from the estate. The stipulation entered on December 26th did not specify what Houston’s right of publicity was ultimately valued at.

The Michael Jackson estate's active litigation with the IRS involves a much greater disparity over the valuation of a dead celebrity's (or deleb's) name and likeness. The Jackson estate claimed that the rights to the pop star's name and likeness (including rights under copyright and trademark laws) were only worth about $2,000. This unbelievable figure raised a red flag with the IRS, which claims the value is more than $400 million. ...

The IRS is unquestionably ramping up its efforts to collect taxes on the basis of the right of publicity from the estates of dead celebrities. This more aggressive approach raises concerns over the forced commercialization of the deceased against the wishes of both the dead and the surviving family members. ...

This concern led the heirs of pop star Prince to back away from advocating a postmortem right in Minnesota. It also led Robin Williams to create a unique trust instrument that prohibited commercial exploitation of his identity and publicity rights for 25 years after his death, and placed rights in his name, likeness, and identity in a nonprofit company. ...

Whatever one's take on whether such rights should continue after death, there should be agreement that survivors should not be forced by the IRS to make coasters, t-shirts and bobble-head dolls with their loved one's face on them―at least not if they don't want to.

Estate of Andrews (1994 district court case) settled the issue that a decedent's publicity rights are included in the gross estate. The remaining issue is of course valuation.