NY Times: Women Force A Reckoning Over Bias In Economics 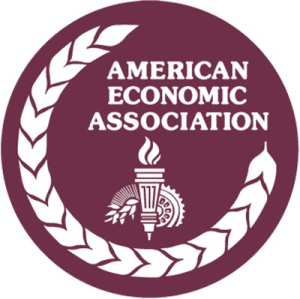 It is not difficult to find an all-male panel at the annual January mega-gathering of American economists. They are as common as PowerPoint presentations and pie charts. One such panel this year met to sleepily critique President Trump’s economic policies, but it was overshadowed by another panel, two ballrooms away, that jolted a profession that prides itself on cool rationality.

That panel on Friday was stocked with women, each of whom presented new research that revealed a systemic bias in economics and presaged a move by the field’s leaders to promise to address some of those issues.

Paper after paper presented at the American Economic Association panel showed a pattern of gender discrimination, beginning with barriers women face in choosing to study economics and extending through the life cycle of their careers, including securing job opportunities, writing research papers, gaining access to top publications and earning proper credit for published work.

Economics departments have gradually increased their share of female faculty members over the past 20 years. But only one in five tenure-track economics professors is a woman, according to the American Economic Association’s Committee on the Status of Women in the Economics Profession.

In many parts of the profession, gender progress stagnated over the last decade. About one in three new economics doctoral students was a woman in 2016, and fewer than one in three assistant professors were women. In both of those cases, the share of women was essentially unchanged from 2006.

The focus on gender bias in economics began simmering in August, when Alice Wu, an economist from the University of California, Berkeley, detailed in a research paper how the website Economics Job Market Rumors, a much-read, anonymous job-rumor forum and message board for economists, had become a hotbed of harassment, with female economists frequently described in often sexual and crude terms.

Leaders of the American Economic Association announced on Friday night that they would begin to address bias concerns more seriously, by setting up an alternative to the online jobs site and drafting a code of conduct for economists. But many economists said that those steps were late, and that they left much work to be done to ensure fairness for women in the field, where the rate of entry for women lags that of math, engineering and other hard sciences.

Disgusting liberal, brain-dead (but I repeat myself) propaganda.

What they want is a bias, which is to say, a preference, so that departments will hire a woman over an equal man, every time, to account for all the mommies that are leaving the marketplace.