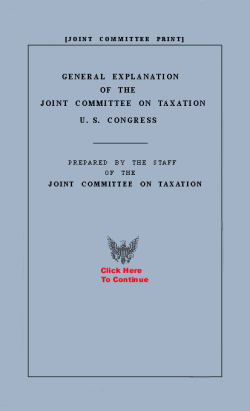 This document ... compares the provisions of the House- and Senate-passed versions of the Tax Cuts and Jobs Act (“TCJA”).

For provisions in the second category (House-Senate differences), this document does not describe all differences. Instead, the document summarizes certain differences between the House and Senate bills that in the judgment of the Joint Committee staff are substantial in nature.