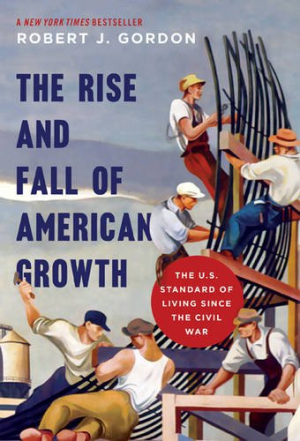 The United States has always defined itself in terms of great optimism and progress. For long periods, that self-definition was accurate. It no longer is. Robert J. Gordon’s magisterial economic history, The Rise and Fall of American Growth, describes 1870-1970 as the miracle century that improved the real standard of living tenfold. For the future, says Gordon, the United States faces an anemic growth rate of less than a third of a percent per year, and — even worse — only the richest tier will see growth.

For tax, the realistic expectations of slow future growth mean a high danger of collapse in our ability to run deficits or borrow money well within the decade. Federal creditors have been extraordinarily generous to the U.S. government, accepting interest below the expected rate of inflation. They have assumed that federal debt is risk free. If our creditors lose faith in our ability to repay debt, or believe that we will just pay it off with inflated paper, then the debt will no longer be treated as risk free. The loss of faith will probably not be just a squeeze but a collapse.

The increasing inequality of America means we must follow the money to reach the broad taxable capacity. We need to increase the efficiency of tax and shift the burden of tax to richer taxpayers — not with higher rates, but by better descriptions of their economic resources.

"For the future, says Gordon, the United States faces an anemic growth rate of less than a third of a percent per year."

Not sure what this prediction is based on, but would former President Obama like to take some credit for it? He's happy to take credit for all positive economic news, whether he had anything to do with it or not...