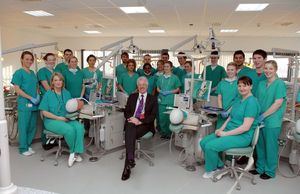 I take an entirely different approach. I believe legal education is not sui generis. In fact, another profession faced a similar crisis. Its schools’ admissions market collapsed because of a fundamental change in the profession itself. Twelve percent of those schools were closed. That profession was dentistry, and the lessons from its crisis are the way forward for legal education and for law schools.

To become less vulnerable to closure, and, in fact, to thrive, a law school needs to take an intentional approach to core external relationships. I identify those relationships and offer my observations on how schools can build them. I also discuss the importance of relative prestige among schools and of a national ranking system. During the dental education crisis dental schools were disadvantaged by a lack of both a prestige system and a ranking system.

Law and medicine are central to our life. Public discourse surrounds their professional graduates. That is not true for dentistry. So, no. We should not look forward to the closure of top and even middle tier law schools.