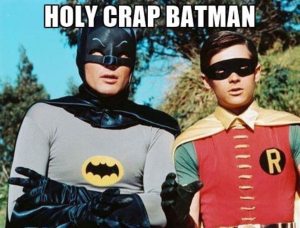 Republicans’ tax-rewrite plans are riddled with bugs, loopholes and other potential problems that could plague lawmakers long after their legislation is signed into law.

Some of the provisions could be easily gamed, tax lawyers say. Their plans to cut taxes on “pass-through” businesses in particular could open broad avenues for tax avoidance.

Others would have unintended results, like a last-minute decision by the Senate to keep the alternative minimum tax, which was designed to make sure wealthy people and corporations don't escape taxes altogether. For many businesses, that would nullify the value of a hugely popular break for research and development expenses.

Some provisions are so vaguely written they leave experts scratching their heads, like a proposal to begin taxing the investment earnings of rich private universities’ endowments. The legislation doesn’t explain what’s considered an endowment, and some colleges have more than 1,000 accounts.

In many cases, Republicans are giving taxpayers little time to adjust to sometimes major changes in policy. An entirely new international tax regime, one experts are still trying to parse, would go into effect Jan. 1, only days after lawmakers hope to push the plan through Congress.

“The more you read, the more you go, ‘Holy crap, what’s this?'” said Greg Jenner, a former top tax official in George W. Bush’s Treasury Department. “We will be dealing with unintended consequences for months to come because the bill is moving too fast.”

Yes. Because the 1986 code is so very clear. Can't really think of one thing that is disputed.

Obamacare showed us that the courts will allow the Executive Branch to modify defective legislation if Congress doesn't unify to object. This procedure is part of our living, breathing Constitution. Just not the dead, written part.