Tillotson Presents Give and Take: The Citizen-Taxpayer And The Rise Of Canadian Democracy Today At McGill 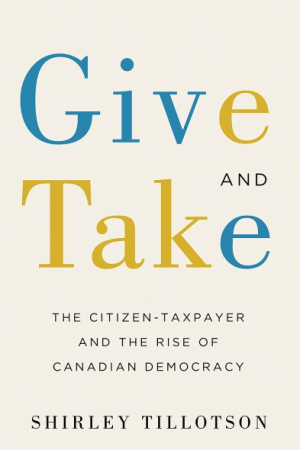 Shirley Tillotson (Dalhousie University) presents Give and Take: The Citizen-Taxpayer and the Rise of Canadian Democracy (University of British Columbia Press Nov. 15, 2017) at McGill today as part of its Spiegel Sohmer Tax Policy Colloquium Series convened by Allison Christians:

Can a book about tax history be a page-turner? You wouldn’t think so. But Give and Take is full of surprises. A Canadian millionaire who embraced the new federal income tax in 1917. A socialist hero, J.S. Woodsworth, who deplored the burden of big government. Most surprising of all, Give and Take reveals that taxes deliver something more than armies and schools. They build democracy.

Tillotson launches her story with the 1917 war income tax, takes us through the tumultuous tax fights of the interwar years, proceeds to the remaking of income taxation in the 1940s and onwards, and finishes by offering a fresh angle on the fierce conflicts surrounding tax reform in the 1960s.

Taxes show us the power of the state, and Canadians often resisted that power, disproving the myth that we have all been good loyalists. But Give and Take is neither a simple tale of tax rebels nor a tirade against the taxman. Canadians also made real contributions to democracy when they taxed wisely and paid willingly.

When citizens confront taxation, it is a sign of a vigorously democratic political life. Our unruly tax history should be better known, and perhaps even celebrated.

This book will appeal to those interested in Canadian history and the evolution of our political institutions and cultures, including students and scholars of political science, public policy, taxation, social movements, and governance.