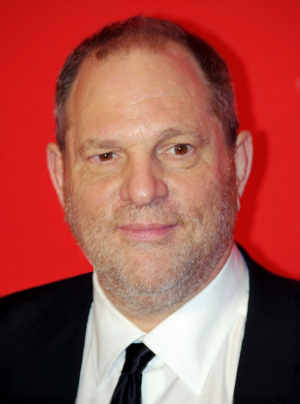 Sex and booze made it into the congressional battle over taxes in a late-night revision.

The latest changes to a Senate Republican tax plan, released at 10:30 p.m. on Tuesday, include tax cuts for producers of beer, wine and liquor, and a new provision that might be called the Harvey Weinstein tax: An end to corporations' ability to deduct attorney fees and settlement payments in sexual harassment or abuse cases if there is a nondisclosure agreement. ...

The change dealing with lawsuit settlements was proposed by Sen. Bob Menendez, D-N.J., and spokesman Juan Pachon said it was motivated by publicity about settlements over harassment by Hollywood producer Weinstein and former Fox News commentator Bill O'Reilly.

Weinstein, O'Reilly and their companies have used nondisclosure agreements, in legal settlements or employment contracts, to compel employees to keep quiet about alleged wrongdoing. Such agreements are pervasive in the business world, where they’re used to protect everything from company secrets to sexual harassment.

How did Al Franken vote on this?

Quote: An end to corporations' ability to deduct attorney fees and settlement payments in sexual harassment or abuse cases if there is a nondisclosure agreement...

Marvelous, absolutely marvelous. I'd prefer a ban on deducting these expenses in any situation, but banning them when there's a non-disclosure agreement is a good start.

Later, we can ban deductions in every situation. Why should companies get a tax deduction for the vile activities of their executives? It is not a legitimate business expense.

I'm waiting for the release of the document that provides the details of the $15 million taxpayer dollars paid out by Congress for sexual harassment by Congress members and staff, right down to who it was pad for and how much. The taxpayers and voters have a right to know.