I've blogged before about the rise of non-JD legal education. Law schools increasingly rely on non-JD sources of revenue (now, 1 in 9 students enrolled in a law school are not a part of the JD program, up sharply over the last few years). I've also expressed some concern about the value proposition of some of those degrees, particularly given the high failure rate of LLM graduates on the bar exam. ...

Only 38 schools had online non-JD programs in Fall 2016, but even that figure is deceiving. An eclectic crop of eight schools accounted for about half of all non-JD enrollment in 2016. 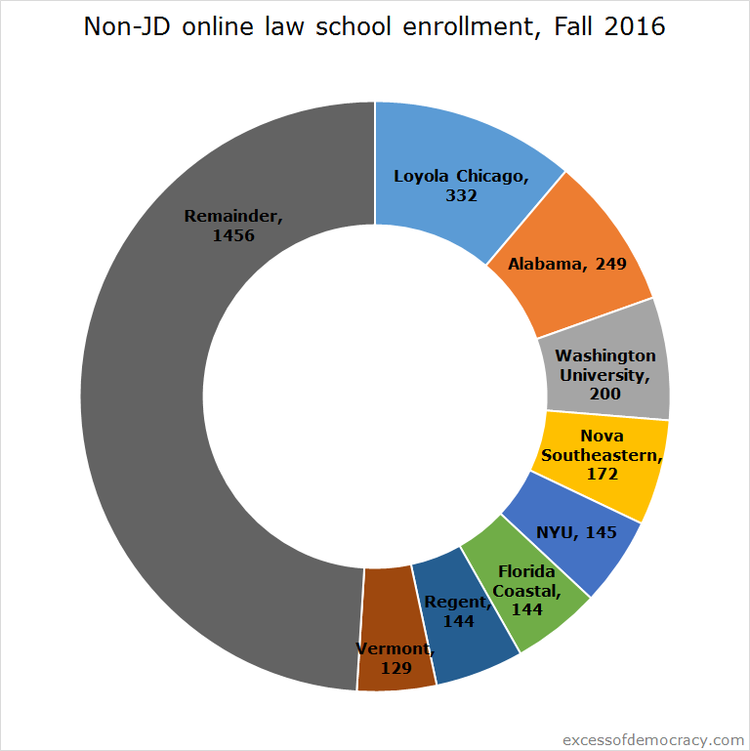