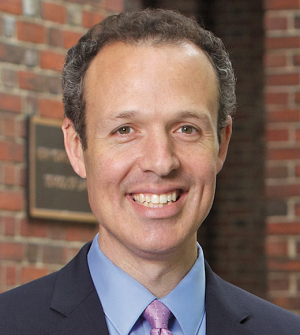 UCI Law is pleased to announce the appointment of renowned tax expert Joshua Blank to its faculty. Blank joins from New York University School of Law, where he currently is a professor of tax law, vice dean for technology-enhanced education, and faculty director of the school’s Graduate Tax Program. He joins UCI Law as a professor of law.

"We are elated to have Josh join our preeminent faculty," said UCI Law Interim Dean L. Song Richardson. "Our innovative curriculum and collegial community continue to attract the brightest minds in legal education. Josh made extraordinary contributions to innumerable areas at NYU Law, and I am excited for the future of UCI Law with him on our team."

"I am thrilled to join the UCI Law community and look forward to working with its dynamic faculty and administration and teaching its outstanding students," said Blank.

“Josh brings a wealth of knowledge and proven academic leadership to our esteemed law school,” said Enrique Lavernia , provost and vice chancellor of UC Irvine. “The school’s faculty continues to be an assemblage of exceptional legal scholars.”

During his time as the head of the Graduate Tax Program and technology-enhanced education initiatives at NYU Law, Blank expanded the Executive LL.M. in Taxation online program; implemented the M.S.L. in Taxation online program for accountants and financail professionals; contributed to the development of the M.S. in Cybersecurity Risk and Strategy; helped launch the NYU Law Institute for Executive Education; and created theNYU Law Tax Blog and the Teaching and Technology series for faculty. Blank also developed the Financial Concepts for Lawyers online program for J.D. students, recruited 17 new adjunct tax faculty members, and organized more than three dozen events and conferences on tax law.

Blank received the 2017 Legal Teaching Award, presented by the NYU School of Law Alumni Association, and the Podell Distinguished Teaching Award from NYU School of Law in 2014. In 2014, he served as one of two National Reporters for the United States for the Annual Congress of the European Association of Tax Law Professors in Istanbul, Turkey. In 2012, he served as the National Reporter for the United States for a conference, "Tax Secrecy and Tax Transparency - The Relevance of Confidentiality in Tax Law," in Rust, Austria.

From 2009 to 2013, Blank served as Vice Chair of the Teaching Taxation Committee of the Tax Section of the American Bar Association. He is a full member of Academia Tributária das Américas - Tax Academy of the Americas, an association of tax scholars from North, South and Latin America as well as Portugal and Spain.

Huge get for Irvine! Condolences to NYU...