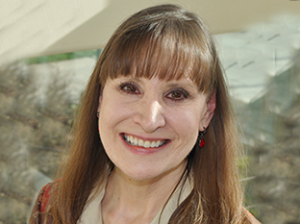 Republicans often say that their proposed tax reform is the first in 30 years, implicitly invoking the Tax Reform Act of 1986, but the efforts could not be more different in overarching philosophy and context.

First the context. In 1986, President Reagan said that he would not sign a tax bill that was not revenue neutral, at a time when the national debt was $2.1 trillion, the debt-to-GDP ratio was 46%, and the baby boomers were not near retirement. The effort was truly bipartisan with public hearings and significant changes made by both sides of the aisle so that the House passed its bill by voice vote and the Senate passed its bill by 97-3. The final bill reconciling the two versions passed by 292-136 in the House and 74-23 in the Senate.

Today, the national debt stands at $20 trillion, the debt-to-GDP ratio is 104%, baby boomers are now retiring, student loan debt passed the $1 trillion mark a few years ago, and our infrastructure is crumbling. The economic expansion is at historic lengths, unemployment is low, and the stock market is breaking records nearly every day.

So what do we do? Try to pass bills drafted in secret by only one party and which intentionally cost $1.5 trillion over 10 years, more than $2 trillion after factoring in the additional interest on debt needed to service the tax cut and ignoring gimmicky provisions that make the bills appear to cost less than they will. The growth effects that Republicans keep touting will be significantly less if the bill is debt financed, which dampens economic growth by additional Federal debt crowding out private investment. The Budget Resolutions passed by the House and Senate commit to paying for the $1.5 trillion tax cut by cutting Medicaid by $1 trillion and Medicare by nearly $500 billion in future legislation, but the public does not appear to support those efforts.

When the House bill was issued, President Trump said, “Under our plan, we’ll go from being one of the highest-taxed nations in the world to one of the lowest ….” His statement was false. The U.S. is currently one of the lowest taxed nations in the rich world, with only Mexico, Chile and South Korea collecting a smaller portion of GDP in tax than does the U.S., and this means all taxes combined: Federal, state, and local taxes of every nature, including income taxes, payroll taxes, sales and property taxes, excise taxes, you name it. To enact a revenue-losing tax bill in a partisan fashion at this moment in our history is fiscally irresponsible.

Now for the fundamental philosophical divergences. The 1986 Act hit capital income hard by reducing real estate tax shelters, lengthening depreciation schedules, repealing the investment tax credit, increasing the capital gains rate to equal the ordinary income rate, and more. It did not increase the estate tax exemption, established at $600,000 for 1987. The base broadening on capital income and increase in capital gains rate paid for revenue-neutral rate reductions on ordinary income across the board, including labor income. Even though the top tax rate on ordinary income decreased from 50% to 28%, the 1986 Act was almost (not quite) distributionally neutral because the more heavily taxed capital income is concentrated in high-income households

The current efforts, in contrast, are targeted to benefit capital income, such as the corporate rate cut, the passthrough rate cut limited chiefly to passive investors and passthroughs that earn capital income instead of labor income, expensing, eventual estate tax repeal in the House bill and a doubling of the exemption amount in both bills to $10 million ($20 million for a married couple), combined with a tax-free step up in basis for property received by heirs, which translates into most property gains disappearing at death and never being taxed to anyone, and more. For example, if the 1987 estate tax exemption had been merely indexed for inflation (instead of increased by statutory amendments in the intervening years), it would be worth $1.32 million today, $2.64 million for a married couple.

Both bills leave in place like kind exchanges for commercial real estate not held primarily for sale, which permits real estate investors like President Trump to sell and buy new real estate without ever paying tax on their gains. At death, those untaxed gains are wiped out. If they do sell for cash instead of engaging in a like kind exchange, current law taxes their depreciation recapture at lower rates than the prior depreciation deductions saved in tax, truly indefensible tax rate arbitrage of the worst sort. And the Senate bill makes the problem worse by shortening the depreciation recovery periods for real estate to 25 years (from 27.5 or 39 years).

Yet, those who earn income by providing services—the lower and middle classes—are pretty much out of luck in the current bills. They get an increased standard deduction for a few years but also see many other important benefits disappear, such as the $4,050 personal exemption deduction, and all of the individual reductions sunset in a few years, while the capital income tax reductions are permanent. In addition, by substituting a lower inflation adjustor than used today for the standard deduction and the tax bracket floors and ceilings, the middle class will see an erosion over time of any tax reduction that they do receive. And many middle-class taxpayers will see a significant increase in their tax burdens immediately.

The significant reduction in tax on capital income is why the tax cut is captured disproportionately by high-income households. This result is not by happenstance. Speaker Ryan has been forthright in his desire to eliminate tax on the normal returns to capital.

The bills’ advocates argue that we need to reduce the tax on capital income so that businesses can use the tax savings to increase wages and invest in equipment. This argument implicitly relies on the assumption that these businesses are starved for capital, but this is also untrue. Corporate profits are at record highs, for example, and interest rates remain near record lows as the global savings glut competes for scarce investment opportunities. Consumer spending now comprises about 68.8% of the U.S. economy. Before the recession, it comprised 70%. Soft consumer spending by middle-class taxpayers is the main reason why the GDP growth rate has been on the low side of the 2-3 percent healthy range since the Great Recession, not a scarcity of capital.

We do need real tax reform, particularly in the international area, but these bills do not provide real reform. Rather, they cement the incentive to artificially shift U.S. profits abroad, enabling the kind of games revealed in the Appleby “Paradise Papers” data dump. Instead, we should repeal the deferral privilege entirely. Worldwide income should be included as earned, with any income tax paid to other countries credited against the U.S. tax on those earnings. Only this kind of reform can stop income shifting, permit repeal of subpart F and other complex anti-abuse rules, and gut transfer pricing abuses.

Currently deferred income should be taxed at 35%, with payments permitted to be made over time with interest, not 5% to 14% in the House and Senate bills. A reduced rate on past income is indefensible because it rewards corporations for having kept earnings abroad (at least nominally, as nearly 50% of that income is already back in the U.S., though not yet taxed). No future behavior would be affected by taxing past-earned income under the rate that applied when that income was earned, so a 35% tax is also a really efficient, non-distortive tax, which economists like. And it’s not unfair to tax past income earned in a 35% regime at 35%. These corporations have already enjoyed the time value of the deferral; no rate cut should be added to that benefit. Only newly earned income should be taxed under the newly reduced corporate rate.

This change alone would raise roughly $875 billion (compared to less than $300 billion under the proposed lower rates), which could help to pay for corporate rate reduction in a more defensible manner than increasing the tax burden on some middle-class wage earners.

In his 1861 State of the Union address, President Abraham Lincoln said, “Labor is prior to and independent of capital. Capital is only the fruit of labor, and could never have existed if labor had not first existed. Labor is the superior of capital, and deserves much the higher consideration.”

Even the extremely wealthy Treasury Secretary Andrew W. Mellon argued in the 1920s that earned income ought to be more lightly taxed than capital income. “The fairness of taxing more lightly incomes from wages, salaries and professional services than the incomes from business or from investments is beyond question. In the first case, the income is uncertain and limited in duration; sickness or death destroys it and old age diminishes it. In the other, the source of the income continues; the income may be disposed of during a man’s life and it descends to his heirs.”

E.R.A. Seligman of Columbia University, an influential early scholar on income taxation, also supported “differentiating between earned and unearned income, on the grounds that unearned income is a reliable symptom of greater freedom to choose how the income will be used.”

Full disclosure: I recalculated the tax that I would have paid last year if the House and Senate plans had been in effect. From adjusted gross income of $117,461 (all labor income), I deducted only the personal exemption deduction, charitable contributions, and state/local taxes. I am fortunate to have paid off my student loans and home loan and so did not pay (or deduct) any interest last year. I would have paid $941.25 more tax under the House bill and $1,387.25 more under the Senate bill. I believe that my situation is not unusual. Let me add, however, that I would happily pay this additional tax if these bills were revenue neutral overall, represented real reform, and did not shower most of their benefits on capital income.