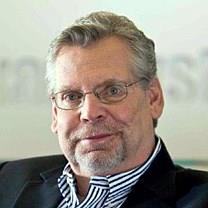 Bergin's time at Tax Analysts began in 1991 as editor of Tax Notes. A decade later, he took the helm of the organization, serving as president and publisher for 16 years. Previously, Bergin was managing editor at Prentice Hall.

A tireless advocate for transparency, in his own words, Bergin wrote that his "passion here is to see that every citizen gets equal and fair treatment in paying taxes." To that end, Bergin was never reluctant to seek legal means to compel government agencies to release information and shed light on how the Internal Revenue Service performed its duties.

"He had a low tolerance for BS and could get morally outraged for all the right reasons," recalled Cornish F. Hitchcock of Hitchcock Law Firm PLLC.

Martin A. Sullivan agreed, describing Bergin as a "tenacious advocate for the public's right to know." "He spoke truth to power - with a Jersey accent," Sullivan added.

With Hitchcock's help, Bergin oversaw Tax Analysts' lawsuit against the IRS that forced it to rescind the "two-hour rule," an agency ruling that said any guidance that took less than two hours to prepare did not have to be public. Bergin also oversaw a lawsuit against the IRS regarding the alleged targeting of conservative exempt organizations, which resulted in the IRS turning over training materials used by its employees for determining exempt status. Hitchcock said that Bergin was also "very interested in pioneering transparency at the state level," citing lawsuits filed by Tax Analysts in various states in recent years.

"Some people sit on the sidelines and watch things happen. Chris was never a spectator; he made things happen," said Pamela Olson of PwC, and a member of Tax Analysts' board of directors. "The tax world is better for his contributions and his passing is a loss for all of us who knew him."

While he relished the fight for fair and transparent tax administration, Bergin was by no means a partisan voice. An outspoken critic of the IRS's handling of investigations into alleged targeting of conservative exempt organizations, Bergin also cautioned lawmakers against making excessive IRS budget cuts that he viewed as hamstringing the agency's ability to carry out its duties.

Bergin's evenhandedness "often confused people," recalled Robert Goulder, contributing editor at Tax Analysts and a longtime colleague. "He'd routinely receive inquiries from random strangers asking whether he was pro-IRS or anti-IRS. His answer was always the same: He was neither. When he fought for transparency in tax administration, it was because he believed it served the public good, not because he was looking to pick a fight with the federal government," Goulder said. "Yet he also wanted the IRS staff to have the necessary resources to properly do its job, because that's a critical public interest as well. Chris perceived no inconsistency there, none at all."

Joseph J. Thorndike, director of the Tax History Project at Tax Analysts, said Bergin "fought the good fight," adding that although U.S. taxes "might be far from perfect today . . . they're certainly much better than they would have been without Chris's leadership."

Bergin firmly believed in an open-door policy in the workplace and frequently invited employees to stop by his office anytime to discuss the latest tax issues or other concerns. His open-door policy extended to employees' pets.

Bergin took great pride whenever Tax Analysts received public acclaim for its work environment, and he pushed to make the office pet-friendly, leading to Washingtonian magazine listing Tax Analysts among the top five pet-friendly workplaces in the region.

Bergin was also instrumental in leading Tax Analysts to acquire in 2006 the location of its current headquarters in Falls Church, Virginia. In so doing, the company was reunited under the same roof, after years of being geographically split up around the Washington region.

Bergin received his bachelor's degree in history from Boston College, and later a JD from Pace University School of Law. He completed executive programs at the Columbia University Graduate School of Business and the Massachusetts Institute of Technology Sloan School of Management in 2008, 2012, and 2013.

Bergin is survived by his wife of 30 years, Ulrike; his son, C.J.; and his daughter, Caroline. A Memorial Service is scheduled for 11:00 a.m. Saturday, December 2 at the Murphy Funeral Home – Falls Church where a gathering of family and friends will be held Friday from 10:00 a.m. – 3:00 p.m.

So sad to see such a great man leave us before his time.