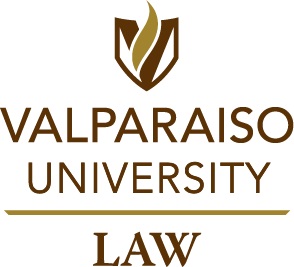 The tough climate for legal education has claimed another victim.

Valparaiso University, a private university in Northwest Indiana, said Thursday its board of directors voted to stop enrolling new law school students, meaning the law school will likely be wound down over the next few years.

Enrollment has plummeted at Valparaiso University Law School, once a well-respected regional school. This year’s incoming class had just 29 full-time students, down from 206 in 2013.

The news follows a similar move in April by the board of Whittier College in Southern California to stop admitting new students to Whittier Law School. ...

Valparaiso University President Mark Heckler said Thursday that for a time, the law school thought it was immune from the trouble other schools faced. “When it hit us, it came fast,” he said.

The law school has been operating at a deficit for two to three years and ran through its reserve, Mr. Heckler said. As applications decreased, it faced increasing competition from the five other law schools in the broader Chicago region, he said.

University officials will look for a possible affiliation with another law school and other options for the law school faculty, and said they are committed to ensuring the 237 existing students complete their degrees.

The school, which costs more than $40,000 a year in tuition, tried to fix its issues, offering faculty buyouts in 2016 and revamping the curriculum. But it wasn’t enough. ...

There are early indications that interest in law school may be rebounding. The number of people taking the LSAT in June was up nearly 20% compared with last year, while during the fall it was 10.7% higher, according to the Law School Admission Council.

"As applications decreased, it faced increasing competition from the five other law schools in the broader Chicago region, he said."

No matter how I slice it, I can't get to five law schools in the "Chicago region."

Anyone else remember the NYT article on Valpo last year? Or how the wage premium fellow wrote an rambling, inchoate 11,000 word salad in response to that article? It would despite the meandering protests proffered by the prof, the Times had it right.

29 Students?! Think of the curve in that school