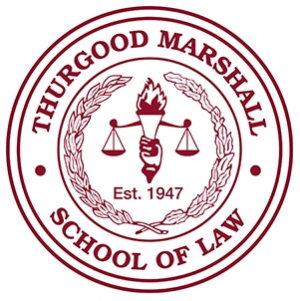 There was controversy on the Texas Southern University campus right before the cancellation of one lawmaker’s speech Monday.

After dozens of protesters filed into an event featuring House Representative Briscoe Cain, they wouldn’t allow Rep. Cain to speak, claiming he has ties to the Alt-Right and is anti-LGBT.

Rep. Cain was invited to the Thurgood Marshall School of Law by the Federalist Society to talk to the students about the recent legislative special session. Instead, the event was shut down before it even started.

“No hate anywhere, you don’t get a platform here!" protesters yelled inside the room.

The words echoed through the classroom.

“When a racist comes to town, shut him down," they continued.

That was the mission of the student protesters: shutting down Rep. Cain, who was invited on campus by student Daniel Caldwell. ...

As silence filled the room, Rep. Cain finally spoke his first few words, but was cut off again, this time, by TSU President Dr. Austin lane. “Officers, to the students out in the hallway, let them in," Dr. Lane told the police officers.

Lane announced organizers did not take appropriate measures to schedule the speech. “What you’re seeing today is an unapproved event," Dr. Lane said.

So it was all over — for now. But Caldwell says he did everything right. “I know, for a certainty, that I followed every step required for our handbook," said Daniel Caldwell, Student Chapter President for The Federalist Society. ...

Rep. Cain immediately left after the event but has responded with this statement: "Today I attended an event scheduled by the TSU chapter of the Federalist Society a few months ago. I was greeted by campus officials, given a guest parking voucher, and brought into a room in which the administration had specifically requested the talk occur. Then Black Lives Matter came in and bullied the administration into ending the event. It's a sad day for universities across Texas whenever speech and a variety of views are prevented from being presented due to bullies."

The university also released the following statement in response to the event: "Texas Southern University welcomes free speech and all viewpoints on campus as part of our collegiate experience. Today’s event, which was scheduled at Thurgood Marshall School of Law, ended early because it was not a registered university student organization event.

"Our campus is open and welcoming to all state and elected officials. TSU President Dr. Austin Lane was meeting with a state senator when he received word of the event at the Thurgood Marshall School of Law. Dr. Lane went to the event to see State Rep. Briscoe Cain, students and faculty, and then learned that it was an unauthorized Texas Southern University student organization event. Our vice president of Student Affairs has since met with the student organizer and informed him of university procedures.  Several events have been cancelled in the past on campus because procedures were not followed.  We welcome the return of any guest speaker for deliberative dialogue on our campus in accordance with university procedures."

Leaving aside the fundamental Constitutional difference between a private company's editorial decisions and a public university's requirement to respect the 1st Amendment, as a regular reader of the Wall Street Journal, I'd love to see this doozy QUALIFIED with FACTS, any FACTS at all, to support such a ludicrous screed.

When the WSJ and fox news don't give people who disagree with them a platform--as in 99.99% of the time--somehow that does not make the news.

If you encounter someone employed as a higher ed administrator, it's a reasonable wager you're looking at someone with zero integrity. Ordinary people don't lie and play shell games like this.

The administration is not doing anything about it because they share the students' views.

If no conservatives can speak in Texas, they won't have many speakers

This type of activity is becoming so prevalent, States may seek to withdraw financial support from schools and administrations who are incapable of allowing the sharing of various viewpoints.

Even more appalling than these students' uncivil behavior is the administrations' willingness to tolerate the suppression of speech.

The Mensheviks will rule until the Bolsheviks get them.