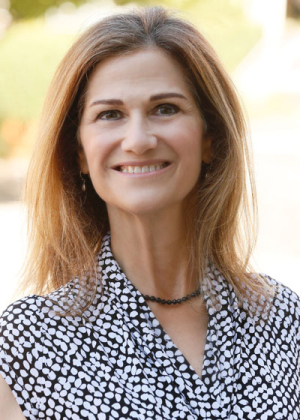 Morrissey v. United States (11th Cir. Sept. 25, 2017) creates new uncertainty regarding “medical” expense tax deductions for various types of fertility treatment costs.  Internal Revenue Code § 213(a) allows taxpayers to deduct the costs of “medical care” above a certain threshold.  Section 213(d) defines the term “medical care” to include amounts paid “for the diagnosis, cure, mitigation, treatment, or prevention of disease, or for the purpose of affecting any structure or function of the body of the taxpayer, his spouse, or dependent.”

Fertility treatment costs include the costs of diagnostic tests and medical treatment performed on the “body” of “the taxpayer, or his spouse.” The most common assisted reproductive technologies (ARTs) are:

For years, the Internal Revenue Service (IRS) has allowed different-sex married couples to deduct certain fertility treatment costs as “medical” expenses.  IRS Taxpayer Publication 502 consistently has stated that taxpayers can deduct the costs of “fertility enhancements (e.g., IVF…)” to “overcome your inability to have children.”  (The IRS interprets “inability to have children” to mean medical infertility, but not dysfertility due to sexual orientation.)  In the context of issuing a Private Letter Ruling in a specific case, the IRS also has allowed medically infertile taxpayers to deduct the cost of egg donation.  On the other hand, the IRS consistently has argued that surrogacy expenses are not incurred for medical care.  The IRS nonetheless has allowed medically infertile different-sex married couples to deduct surrogacy expenses in cases the IRS settled (after it became apparent that the taxpayers would win and create unfavorable precedent).

As Tony Infanti has observed in his writing, a different-sex married couple can more easily deduct the costs of ARTs because § 213 in effect aggregates the bodies of a husband and wife (the bodies of “the taxpayer, and his spouse”) – thus aggregating the reproductive functioning of their two bodies.  In addition, a different-sex married couple can receive a medical diagnosis of “unexplained infertility” if the couple has unprotected sex for a year without becoming pregnant.  A “disease” diagnosis increases the likelihood of being able to deduct reproductive care costs under the first part of the § 213 definition of medical care.

The narrow holding of Morrissey – denying a man tax deductions for “female” reproductive medical care – applies to egg donor, IVF, and surrogacy expenses incurred by an unmarried man, whether gay or straight.  The rationale of Morrissey also seems to apply to a married gay couple.  Even if a man suffered from medical infertility, medical procedures for “female” reproductive functioning would not be deductible.  Unless a woman is “the taxpayer or the taxpayer’s spouse or dependent,” the costs of “female” assisted reproductive medical procedures seemingly never would be deductible as medical care under the reasoning of Morrissey.

The most confusing aspect of the Morrissey opinion is the court’s use of the term “IVF-related expenses” to refer to an entire series of fertility treatment procedures.  The term erroneously conflates many different types of medical fertility procedures, each of which must be analyzed separately under the tax definition of medical care.  Under longstanding pre-Morrissey IRS administrative practice and prior cases (including Magdalin, an earlier United States Tax Court Memorandum case, affirmed by the First Circuit Court of Appeals), whether “the taxpayer or his [or her] spouse” can take a tax deduction for the cost of each type of medical procedure depends on the facts of the case, such as whether the patient has a medical diagnosis of infertility and perhaps the sex and marital status of the patient receiving the care.  By aggregating a whole series of reproductive medical procedures in a case in which the court denied an unmarried gay man a tax deduction, the Morrissey court muddled what were thought to be settled tax consequences of various types of fertility treatment.  For example, the IRS routinely allows medically infertile different-sex married couples to deduct the costs of IVF.

The Morrissey court states that “[a]s a matter of both policy and practice, the IRS has consistently refused deductions sought by heterosexual taxpayers for IVF-related expenses similar to Mr. Morrissey’s.”  This statement is, at best, confusing and, at worst, simply false. The IRS has, in fact, allowed different-sex married couples tax deductions for both IVF and egg donor costs. In addition, although the IRS has challenged tax deductions for surrogacy expenses, the IRS also has settled surrogacy cases in favor of medically infertile different-sex married taxpayers who deducted surrogacy expenses.

In earlier writing, I argued that surrogacy costs are incurred for medical care if “the taxpayer or his [or her] spouse” is medically incapable of gestating a child.  I analogized to cases in which the IRS allowed taxpayers to deduct the costs of medical procedures performed on other persons (e.g., on a potential organ donor) if the costs were incurred for care of the taxpayer.  In addition, the IRS treats as medical care the expenses of other “substitutes for normal functioning” – such as a seeing-eye dog for a blind person or a human note-taker for a deaf student – notwithstanding the fact that these expenses are not incurred for inherently medical procedures and do not affect the body of the taxpayer.  There is no binding precedent to directly support my earlier argument for deductibility of surrogacy expenses, although the IRS has allowed medically infertile different-sex married couples to deduct surrogacy costs in cases it settled.

Neither is there any binding precedent to directly support the IRS view that no tax deduction is allowed for surrogacy expenses.  Although the IRS expressed this view in taxpayer guidance it issued, a 2002 Information Letter, such guidance is not binding precedent.  The Morrissey court nonetheless cited the IRS guidance for the erroneous assertion that “the IRS has consistently refused deductions” for “IVF-related expenses.”

The court also overtly expressed ethical and moral concerns about assisted reproduction in rejecting the taxpayer’s Equal Protection claim that allowing different-sex married couples – but not an unmarried gay man – to deduct IVF, egg donation, and surrogacy expenses was unconstitutional.  Although Mr. Morrissey argued that there is a fundamental right to procreate, the court skirted that issue by narrowing the inquiry.  The court concluded that an unmarried man does not have “a fundamental right to procreate via an IVF process that necessarily entails the participation of an unrelated third-party egg donor and gestational surrogate,” reasoning that collaborative procreation achieved through medical procedures is not “deeply rooted in this Nation’s history and tradition.”  The court opined that, to the contrary, procreation involving egg donors and surrogates “raise[s] moral and ethical issues,” citing state statutes that variously allow, prohibit, or (in one state) criminalize surrogacy contracts.

Morrissey creates new uncertainty about the deductibility of various assisted reproduction costs incurred by single women, gay married couples, Lesbian married couples, and different-sex married couples.  The court’s use of the global term “IVF-related expenses” likely will confuse many people.  The fact that the court conflated the discrete medical procedures of IVF, egg donation, and surrogacy signals disapproval of all forms of assisted reproduction as compared to sexual reproduction.  The court also overtly expressed ethical and moral reservations about ARTs.

Contrary to the Morrissey opinion, the IRS in fact has allowed different-sex married couples to deduct: IVF costs routinely; egg donor costs (in the context of issuing a Private Letter Ruling); and surrogacy costs (in cases it settled).  This history makes it likely that, in the future, a gay married couple that incurs fertility treatment costs to procreate will challenge the constitutionality of an IRS denial of tax deductions for those costs.  As LGBT scholars have observed, developments in state family law and the 2015 marriage equality decision in Obergefell v. Hodges increasingly support procreation and family formation by same-sex married couples.  Within this broader context, the Constitutional claims skirted by the Morrissey court are likely to resurface in a future case involving the tax deductibility of fertility treatment costs.

Unfortunately for the ulra-progressive revisionist folks,basic biology imposes few indisputable and unalterable constructs and truths that cannot be overcome by ignoring them or wishing them away. I guess we can include nature and evolution in the *___phobic camp.

Each time an academic writes an article like this, another Democrat is forced to vote for Trump.

In Morrissey, the Appellate court went into detail to explain how procreation works and the unique contributions of both parents to a child. Unfortunately because of the willfull misunderstanding of basic science by gay law "scholars" such as this, discussions of basic biology are becoming increasingly necessary.

Perhaps all couples incurring such expenses should capitalize the costs and deduct them over the useful life of the child.