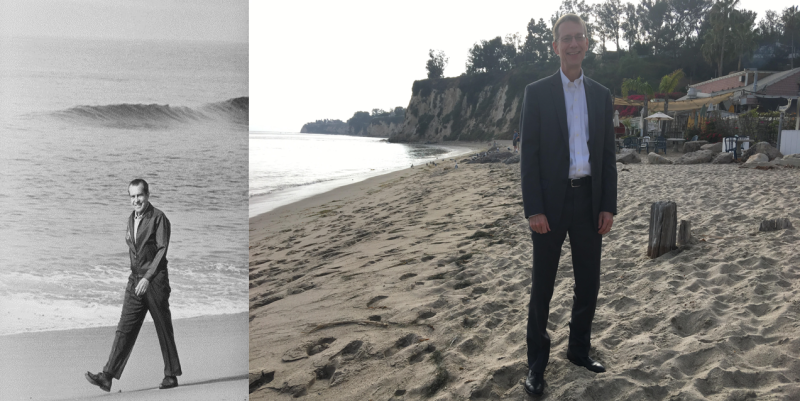 In many ways, Richard Nixon’s story is as American as The Great Gatsby — or so writes John Farrell in his recent article for Politico Magazine. He came from humble beginnings, pursued a dream beyond his rank in life and harbored great ambition fueled by the “laughs and slights and snubs” that he grew to expect from the moneyed political class. But even once secure in the Oval Office, Nixon, who died 20 years ago this week, was perpetually uncomfortable in the limelight, with a staff that struggled tirelessly to humanize him for public consumption. It was a challenge, and it inspired some of the most strained photo ops in the history of the American presidency. ... This photo of President Nixon walking on the beach in black wing-tipped shoes came to symbolize Nixon’s awkwardness. He once explained his fondness for formalwear to Bob Greene, the author of Fraternity: A Journey in Search of Five Presidents. “It isn’t a case of trying to be formal,” Nixon told Greene. “But I’m more comfortable that way … I’m always wearing a coat and tie. Even when I’m alone. If I were to take it off, probably I would catch cold. That’s the way it is.”

I had my Richard Nixon moment yesterday, as I agreed to be photographed at Paradise Cove in Malibu for the forthcoling issue of our Pepperdine Law magazine. The photographer insisted that I wear a suit to the beach, and then asked me to pose in the sand, ala Richard Nixon. 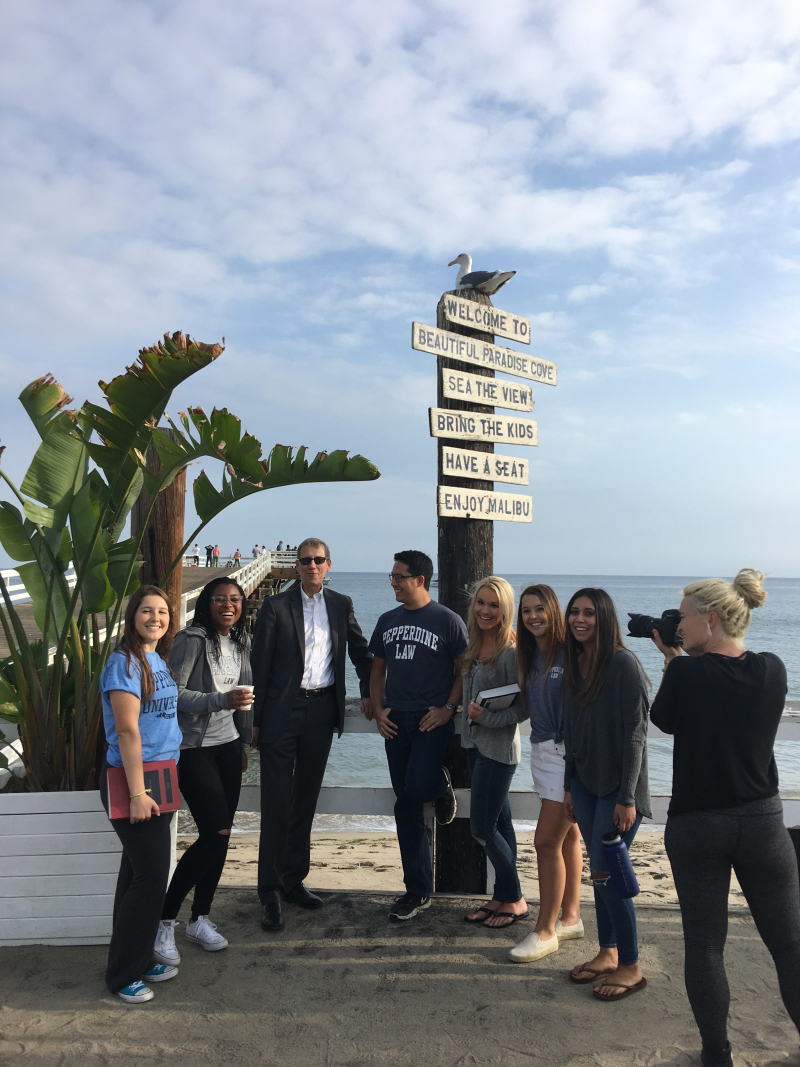 There is a certain, fleeting resemblance

No worries; you look fine, Paul! Thanks for all the good work you do on TaxProf.

Did you happen to run into Jim Rockford while at Paradise Cove?