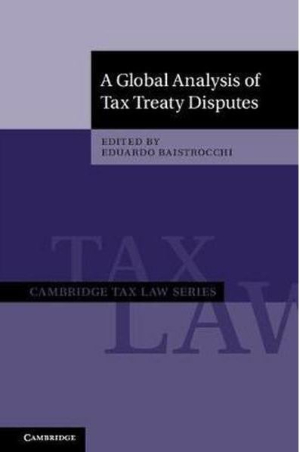 This two-volume set offers an in-depth analysis of the leading tax treaty disputes in the G20 and beyond within the first century of international tax law. Including country-by-country and thematic analyses, the study is structured around a novel global taxonomy of tax treaty disputes and includes an unprecedented dataset with over 1500 leading tax treaty cases. By adopting a contextual approach the local expertise of the contributors allows for a thorough and transparent analysis. This set is an important reference tool for anyone implementing or studying international tax regulations and will facilitate the work of courts, tax administrations and practitioners around the world. It is designed to complement model conventions such as the OECD Model Tax Convention on Income and on Capital. Together with Resolving Transfer Pricing Disputes (2012), it is a comprehensive addition to current debate on the international tax law regime.