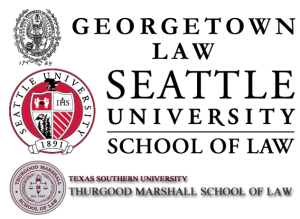 Since February, when violent protests canceled a speech by provocative writer Milo Yiannopoulos at the University of California, Berkeley, colleges and universities nationwide have faced criticism for caving to opposition by canceling events.

Those reactions from law school administrators provide examples of best and worst practices in the free-speech realm, and they come at a time when First Amendment advocates say it’s more important than ever for law schools to be role models in upholding free speech. ...

[I]n the heat of the moment, law schools have made some missteps. Texas Southern University Thurgood Marshall School of Law in Houston took the drastic measure of canceling an event that attracted protesters, effectively silencing the speaker. Another campus, Seattle University School of Law, upheld central free-speech rights but still let event organizers down in its response to protesters. A third, Georgetown University Law Center in Washington, D.C., however, seems to have struck the right balance.

Are we in such bad shape as a country that law students have to be coddled and protecting from dissenting ideas?

Some animals are more equal than others.

My understanding of the situation at Texas Southern is that the university president and administration cancelled the event that was to be at the law school--not the law school dean.