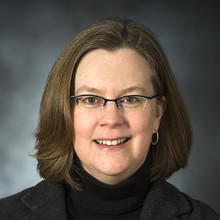 Last week, a Ninth Circuit panel heard oral arguments in the government’s appeal from Altera Corp. & Subs. v. Commissioner, 145 T.C. 91 (2015).  Frequent readers of this blog will recall that the appeal concerns the Tax Court’s decision to invalidate regulations under Section 482 regarding cost-sharing arrangements on grounds that the regulations were not the product of reasoned decisionmaking as required by the arbitrary and capricious standard of Administrative Procedure Act (APA) § 706(2)(A) and Motor Vehicle Manufacturers Association of the United States v. State Farm Mutual Automobile Insurance Co., 463 U.S. 29 (1983).  For the most part, the oral argument considered the substantive reasonableness of the regulations in question as an interpretation of Section 482, although there was also some discussion of whether the IRS adequately explained its reasoning in the regulatory preamble.  Judge Kathleen O’Malley of the Federal Circuit, sitting by designation, asked a question that in turn raises an interesting issue, particularly in light of recent coverage of Chamber of Commerce v. IRS, in which a federal district court in Texas interpreted the Anti-Injunction Act (AIA), 26 U.S.C. § 7421(a), as allowing pre-enforcement judicial review of an APA procedural challenge against Treasury regulations addressing inversion transactions.

Starting around the oral argument’s 42:21 mark, Judge O’Malley began a line of inquiry in which she seemed to suggest that the Tax Court is not an appropriate forum for an APA-based, State-Farm-type challenge seeking to invalidate a regulation.  Donald Falk of Mayer Brown LLP arguing for Altera responded by citing the AIA and the D.C. Circuit’s decision in Florida Bankers Association v. Department of the Treasury, 799 F.3d 1065 (2015), holding that the AIA precludes pre-enforcement judicial review of Treasury regulations, which leaves a Tax Court deficiency action as generally the only the appropriate place and time to challenge a Treasury regulation on APA-based, State Farm-type grounds.  Two questions prompted by this exchange are (1) what was Judge O’Malley’s concern and (2) if the AIA and Florida Bankers provide the correct response to that concern, then what happens if Florida Bankers is wrong and Chamber of Commerce is right about the proper interpretation of the AIA?

Judge O’Malley’s questions were not entirely clear, but an educated guess suggests she assumed that 28 U.S.C. § 2401 might be in play.  That provision says that, except as otherwise provided, “every civil action commenced against the United States shall be barred unless the complaint is filed within six years after the right of action first accrues.”  Barring a specific statutory provision to the contrary, courts have interpreted 28 U.S.C. § 2401 as imposing a six-year limitations period on APA-based State Farm and procedural challenges to the overall validity of agency regulations.  The clock begins to run based on when the regulations become final, irrespective of whether justiciability or other limitations might prevent a potential challenger from bringing such claims at that time.  The concern that animates this interpretation of 28 U.S.C. § 2401 is the need for administrative finality:  six years is long enough to hold an agency accountable for failing to follow APA procedural requirements or adequately to explain its actions, even if a particular challenger lacks the ability to bring such a claim.  For those who are interested, a recent law review note explored this line of administrative law jurisprudence in much greater depth.

In a world in which the AIA precludes all pre-enforcement judicial review of Treasury regulations, one can easily argue — as Mr. Falk did — that the AIA and other provisions of the Internal Revenue Code governing judicial review of tax cases deny the applicability of 28 U.S.C. § 2401 — in other words, that tax is exceptional here.  The trend in the case law interpreting 28 U.S.C. § 2401 offers a colorable but weak counterargument.  But if Chamber of Commerce is correct, and the AIA does not preclude pre-enforcement review of APA-based challenges to Treasury regulations, then 28 U.S.C. § 2401 might conceivably apply to cut off some such challenges to regulations older than six years.