Though not reflective of the caliber of the schools that built them, these campus façades are undeniable eyesores.

University of Baltimore School of Law: 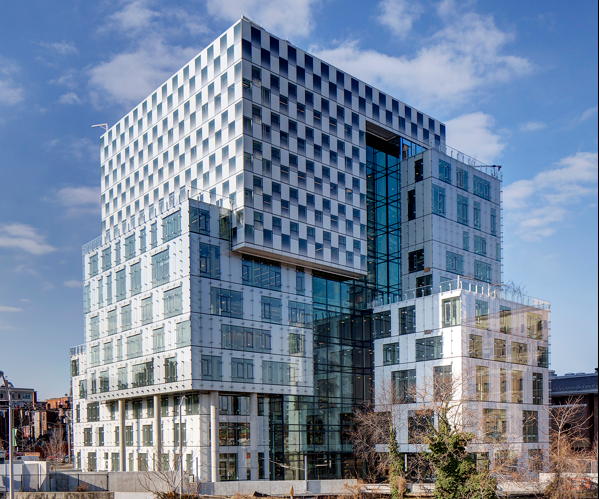 University of Iowa College of Law: 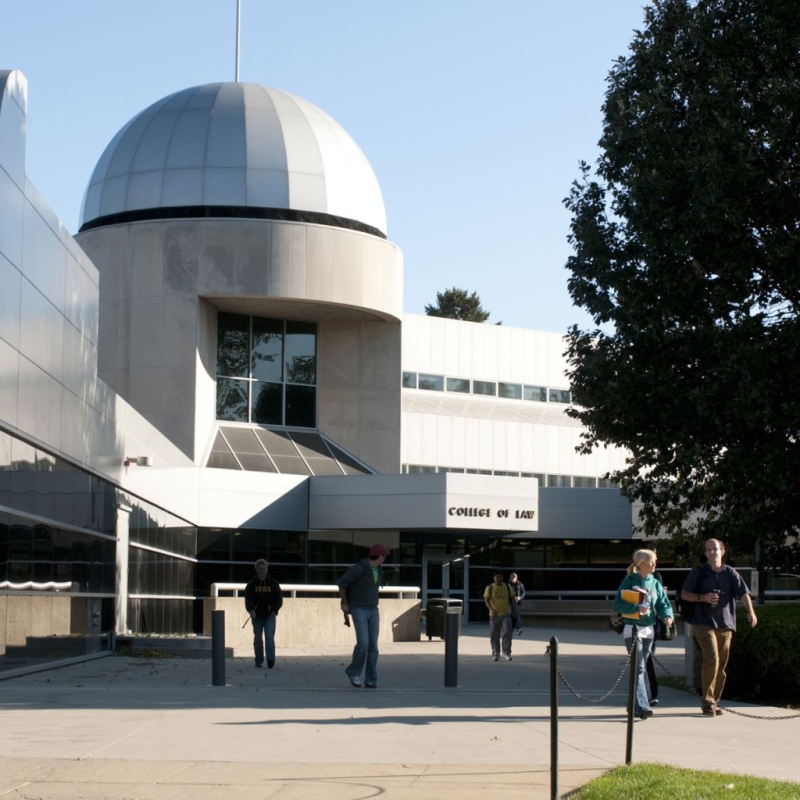 University of Maine School of Law: 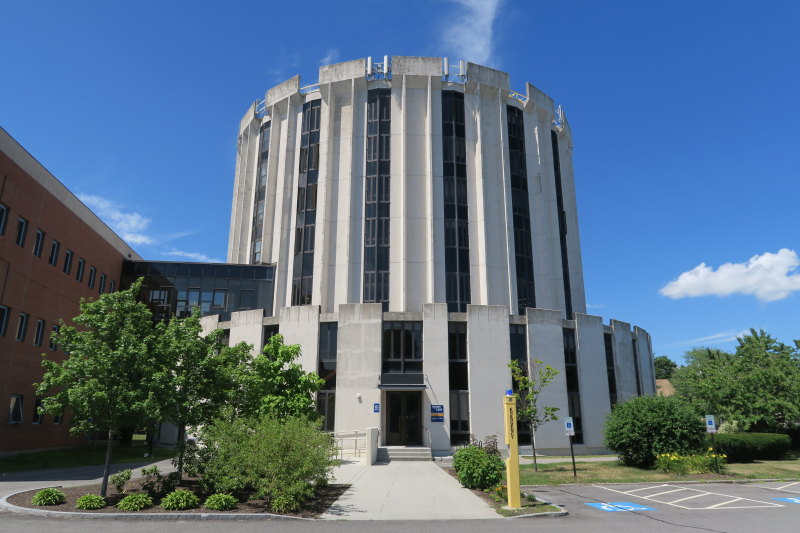 The magazine names it one of the eight ugliest university buildings in America, surprising no one who works there.

The University of Maine School of Law has three former governors and four Maine Supreme Court justices among its alumni, but its dingy, off-white round, blocky home off Brighton Avenue in Portland is a real stinker, according to Architectural Digest. ...

Associate Dean for Academic Affairs Dmitry Bam isn’t arguing the point. “You’ve seen the building,” Bam said with a smile. ... Bam, who has worked at the law school for six years, said there are days when he thinks it would be nice to have an office in a traditional brick building overlooking the water, but he doesn’t worry too much about it. “I think everyone here has just sort of accepted it,” he said. “It’s a joke but also a badge.”

Nicole Vinal, assistant dean for finance and administration at the law school, has worked there since 2005. She called the building “rather unfortunate.” “But my kids think I work in a castle,” Vinal said. The building was not originally built for the law school. It was commissioned by the University of Southern Maine and housed mostly administrative offices until the law school moved there in 1972 from its former location on High Street. ...

The law school building isn’t much better on the inside. The basement tends to flood, Vinal said, and visitors tend to get lost in the looping hallways. ...

Then there’s the actual work space: “Everyone’s office is shaped like a slice of pie,” she said. “You can’t find furniture that fits appropriately.”

Vinal said the law school’s founding dean, Edward Godfrey, is universally revered, except for one thing: moving the law school. “Most people say that was the only mistake he made,” she said.

Did someone get paid to design that Baltimore building?

I live around the corner from the UB building. I rather like it, and it fits well with its environs.

I am shocked Boston University's law tower didn't make the list, it is an eyesore.

Baltimore Law's building looks pretty pricey given ex-Dean Closius's revelations that the parent university was siphoning off 41% of law school tuition for its own purposes...

I think Peter Angelos bankrolled part of the cost.