TIGTA: 64% Of The IRS's Information Technology Is Beyond Its Useful Life

The Treasury Inspector General for Tax Administration has released Sixty-Four Percent of the Internal Revenue Service's Information Technology Hardware Infrastructure Is Beyond Its Useful Life (2017-20-051):

The overall objective of this review was to determine the efficiency and effectiveness of key ongoing or planned activities aimed at addressing the IRS operational challenge of replacing its aged hardware infrastructure. 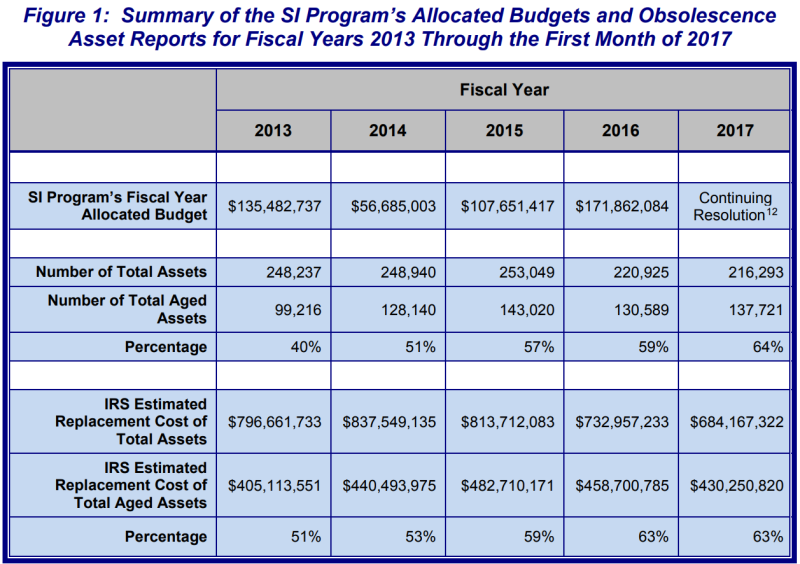 Aged information technology hardware still in use introduces unnecessary risks. TIGTA analyzed 107 incident tickets most likely to involve aged hardware failures in Fiscal Year 2016 and found that the aggregate length of time to resolve the issues was approximately 4,541 hours. These aged hardware failures may have also had a negative effect on IRS employee productivity, security of taxpayer information, and customer service.