Law’s Picture Books: Illustrating The Letter Of The (Tax) Law 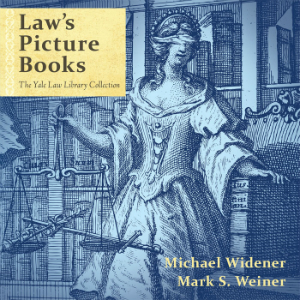 Picture books about the law are as superfluous as songs about economics. In legal codices and textbooks, illustrations can even seem frivolous. Before visiting the Grolier Club’s exhibition Law’s Picture Books: The Yale Law Library Collection, you might also believe this is as it should be: Justice typically devalues the visual. Not for nothing is Lady Justice blindfolded — as we see in many texts displayed at this unusual exhibition. The law library’s rare book librarian, Michael Widener, has been collecting illustrated law books for the institution, and now he and his co-curator, the legal scholar Mark S. Weiner, have offered an eye-opening survey of that specialty.

The idea goes so strongly against the grain that it takes a while to see how distorted the grain has become. Yes, of course Justice is blind. And this is a virtue, since issues of appearance should be less important in rendering justice than matters of essence. Ideally, all surface phenomena—personality, taste (and given contemporary preoccupations, race and gender)—should be treated as distractions. What is important is the rational application of legal principles. This may even be one of the subliminal reasons many courtrooms don’t allow image-making beyond the abilities of a sketch artist. Pictures, after all, portray surface, and thus may lie.

The illustrations here, though, are illuminating, suggestive, even essential. They range from a 14th-century Italian diagram of kinship relations to help determine when ecclesiastical law allows marriage, to a contemporary rendition of iTune’s epic “terms and conditions” set into the mouths of comic-strip characters who vaguely resemble Steve Jobs. ...

In the helpful catalog, Mr. Weiner notes that some contemporary scholars, using material in Yale’s collection, are beginning to study imagery’s function in the evolution of legal systems. One suggestion is that the contemporary decline in illustration reflects not greater clarity but a greater “degree of blindness” to human and cultural implications of the law. And who has not read the text of one law or another and not wished that its author had learned to diagram sentences if not the law’s consequences? On the other hand, the exhibition includes a satirically illustrated tax code from 1944 occupied France; what Laocoön-like images might arise if something similar were attempted with the current U.S. tax code? We might be grateful we are spared such a rendition and left solely with that ever-expanding text.

For those who don't make it to see the exhibit - there is a book available: https://www.lawbookexchange.com/pages/books/66856/michael-widener-mark-s-weiner/laws-picture-books-the-yale-law-library-collection