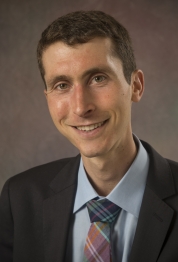 Daniel Hemel (Chicago) presents Easy on the SALT: In Defense of the Deduction for State and Local Taxes at Boston College today as part of its Tax Policy Workshop Series hosted by Jim Repetti, Diane Ring, and Shu Yi Oei:

Congressional Republicans and Trump administration officials have said that they plan to repeal the deduction for nonbusiness state and local taxes (SALT) as part of a comprehensive tax reform package. This essay critically examines the major arguments for repealing the SALT deduction. Repealing the deduction and using the resulting revenues to reduce federal rates across the board would likely lead to greater tax-induced deadweight loss overall. Repealing the deduction also would distort decisions about the financing of education and health care, which together account for more than half of all state and local government spending. Repeal would further encourage a shift from nonbusiness to business taxes at the state and local level, and potentially would result in more borrowing by subnational governments in the short and medium term.

It would have ambiguous effects on the progressivity of the overall tax system, and it would exacerbate existing differences in federal tax burdens across states. The essay concludes that the case against the SALT deduction fails even on its own terms, and that sticking with the status quo of partial deductibility is preferable to repeal.

Is this presentation available online?