Do BigLaw Partners Qualify For Trump's 25% Rate On Income From Pass-Through Entities? 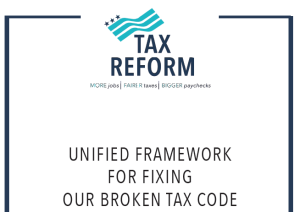 Will big law firms and their partners benefit from the new Republican tax plan promoted by President Donald Trump? Not necessarily, according to tax experts who said some gains may be eroded by loss of crucial deductions.

The one thing tax experts all agree on is that the proposed framework is very short on details and not clear enough to make any conclusions.

In one of its general statements, the framework said it would limit the maximum tax rate applied to the business income of small and family-owned businesses conducted as sole proprietorships, partnerships and S corporations — known as pass through entities — to 25 percent.

So if a law firm qualified — and that’s a big if — partners who pay 39.6 percent may pay 25 percent instead.

But the framework suggests this is only for small businesses, and tax experts said large law firms probably wouldn’t be included in that group.

“It would be hard to imagine that the definition of a small business, when determined, would fit the characteristics of a large firm, but we don’t know at this point,” said David Gaulin, who leads the law firm services practice at PricewaterhouseCoopers.

Alan Appel, professor of tax law at New York Law School and a senior consultant at Bryan Cave, said he can’t imagine a scenario in which law firm partners are taxed at a lower rate than some employees, such as their associates.