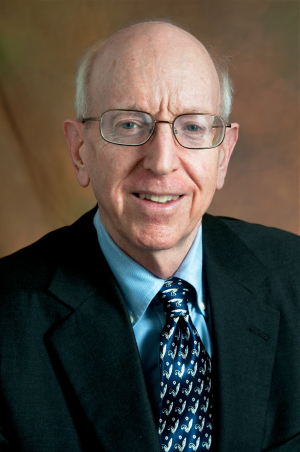 Back in September 2004, when I was still the general counsel of a corporation, I had begun to dip my toes into legal academia some twenty-five years after graduating from law school.  I eventually told some of that story in How Not to "Retire and Teach" (and its sequel six years later).  I didn't include it in the essays, but I have occasionally told friends this heretofore unpublished story involving Judge Posner.

The great change between 1979 and 2004 was, of course, the rise of interdisciplinarity in legal scholarship. It didn't take me long to figure out that law-and-economics and Judge Posner's contribution were the models par excellence of the shift in emphasis from doctrine to theory.  My first re-introductions to the theoretical perspective came from books like The Problematic of Moral and Legal Theory and The Problems of Jurisprudence.  I didn't necessarily agree with them; my experience was too many other factors intervened to make microeconomics meaningful in the extension from transactions to subjective decision making.  Indeed, from the beginning, I was more interested in what was going on in the head of the utilitarian "rational frog" (Judge Posner's wonderful coinage in Economic Analysis of Law) whose decision-making could be plotted on a curve.  Clearly, I thought moral theory was less problematic.

But one day, having written a long and turgid draft about how deal lawyers used complex contracts as merely one means of controlling the contingencies and uncertainties of the world, and having criticized the "rational actor" model, and having heard that Judge Posner had the kind of mind that welcomed a challenge, I sent it off to his email address at the University of Chicago. A week later, I got up on a Saturday morning to find an email with the 7th Circuit in the address. It had arrived some time in the middle of the night.  I will paraphrase only slightly, but Judge Posner told me he had enjoyed the article, and that somewhere around page 70 was the glimmer of a good idea.  There followed the equivalent of three or four single-spaced pages of comments.

A week later, again some time in the middle of the night, he sent me a draft of his paper on the law and economics of contract interpretation (later placed in the Texas Law Review), asking for my comments.  Once again, I had issues with the premise (that the investment in disambiguation of the contract ex ante reduced the cost of dispute resolution ex post), and told him that.  I don't think it made much of a difference, but I was thrilled to see my name in the starred footnote, juxtaposed with a bunch of academic luminaries.  But thinking about why I disagreed with his premise led to another article and I was off and running. (When I sent him an early synopsis of the thesis, he sent back a short — and I interpreted as somewhat irritated — note to the effect he had no clue what I was talking about.  I uncurled myself from the fetal position and soldiered on.  He later told me the final version had significantly improved.)

You can say whatever else you want about Judge Posner but, to me, both professionally and personally, he has been the embodiment of the life of the mind as applied to law and lawyering.  This relative nobody will always admire him for it.

Great story. I have a similar Judge Posner story from 2001. Like Lipshaw, I had Posner a manuscript of my defense of "skepticism" in law, and he wrote back, telling me (among many other things), that I would need to be "skeptical about skepticism", and he was right, of course. Here are some additional tidbits by and about Posner: https://priorprobability.com/2017/09/03/assorted-links-judge-posner-edition/