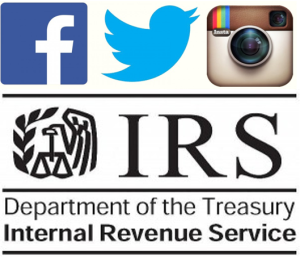 This Article examines the privacy issues resulting from the IRS’s big data analytics program as well as the potential violations of federal law. Although historically, the IRS chose tax returns to audit based on internal mathematical mistakes or mismatches with third party reports (such as W-2s), the IRS is now engaging in data mining of public and commercial data pools (including social media) and creating highly detailed profiles of taxpayers upon which to run data analytics. This Article argues that current IRS practices, mostly unknown to the general public are violating fair information practices. This lack of transparency and accountability not only violates federal law regarding the government’s data collection activities and use of predictive algorithms, but may also result in discrimination.

While the potential efficiencies that big data analytics provides may appear to be a panacea for the IRS’s budget woes, unchecked, these activities are a significant threat to privacy. Other concerns regarding the IRS’s entrée into big data are raised including the potential for political targeting, data breaches, and the misuse of such information. This Article intends to bring attention to these privacy concerns and contribute to the academic and policy discussions about the risks presented by the IRS’s data collection, mining and analytics activities.

Those Facebook posts from your vacation on a white sand beach, or that purchase of a fancy new vehicle, could be attracting views from the federal government.

As its staff shrinks, the Internal Revenue Service has turned to mining social media and large data sets in search of taxpayers to audit, a Washington State University professor says in a recent report in the Vanderbilt Journal of Entertainment and Technology Law.

People should be aware “that what they say and do online” could be used against them by the IRS, said Kimberly Houser, an associate professor of business law in WSU’s Carson College of Business.

Her 55-page report is studded with examples of how the IRS has turned to social media and data analytics for enforcement, including a 2013 fraud case in which a Florida woman was convicted after bragging about being the ‘Queen of Tax Fraud’ on Facebook. ...

The IRS’s media office in Washington, D.C., did not respond to an interview request. But Houser’s report is creating a buzz among privacy and data experts. “It wouldn’t surprise me, that in an effort to save money, the IRS has created an algorithm to verify information on your tax return,” said Angie Raymond, associate professor in the business and ethics department of Indiana University’s Kelley School of Business. “It’s an almost elegant use of an algorithm,” said Raymond, who wasn’t involved in the research. ...

The IRS has a long history of using audits for political purposes, Houser said. One of the more recent examples is when the IRS was accused of targeting conservative organizations affiliated with the tea party. The IRS also has had major data breaches, she said. “The IRS is not the entity I want maintaining these records,” Houser said.

Hauser said she’d like to see an oversight office “watching what the IRS is doing with data.” “We have laws in place to prevent the government from doing certain things with our data,” she said, “and it doesn’t seem like the IRS is complying.”

So IRS employees who are caught surfing the net during work hours can claim they were working?

One other point, you guys and gals understand that everybody lies on the Internet, right?

To the naysayers, if the right to privacy can extend to abortions, why not social media?

Some industries include travel expenses as part of the employee's salary. Thus, what appears in public social media feeds is arguably greater than what the tax form would at face value seem to justify.

If you are stupid enough to brag about it in the public than you should be fair game. The individual has a choice and conservative by all means know and argue that.....so use your brain

THE NEW AMERICA FOUNDATION IS GOOGLE’S EFFORT TO ENGAGE IN A SOFT COUP D’ETAT
Google Critic Ousted From Think Tank Funded by the Tech Giant. New American Foundation Finds Out Who's Boss
The New York Times reports:
In the hours after European antitrust regulators levied a record $2.7 billion fine against Google in late June, an influential Washington think tank learned what can happen when a tech giant that shapes public policy debates with its enormous wealth is criticized.

The New America Foundation has received more than $21 million from Google; its parent company’s executive chairman, Eric Schmidt; and his family’s foundation since the think tank’s founding in 1999. That money helped to establish New America as an elite voice in policy debates on the American left.

But not long after one of New America’s scholars posted a statement on the think tank’s website praising the European Union’s penalty against Google, Mr. Schmidt, who had chaired New America until 2016, communicated his displeasure with the statement to the group’s president, Anne-Marie Slaughter, according to the scholar.

The statement disappeared from New America’s website, only to be reposted without explanation a few hours later. But word of Mr. Schmidt’s displeasure rippled through New America, which employs more than 200 people, including dozens of researchers, writers and scholars, most of whom work in sleek Washington offices where the main conference room is called the “Eric Schmidt Ideas Lab.” The episode left some people concerned that Google intended to discontinue funding, while others worried whether the think tank could truly be independent if it had to worry about offending its donors.
The American Left: financed by Google....
The IRS AND GOOGLE ARE GOOD BUDDIES

If people are dumb enough to file a tax return and then PUBLICLY on social media show they're living a much better life then what they claimed on their taxes then I'm all for the IRS going after their PUBLIC data on Facebook and auditing the hell out of these morons.

Seriously it's not the governments fault that you filed one way and posted publicly for all to see you actually live another. You are the one who was dumb enough to try and file a bad return and then like a bank robber who just robbed a bank got on Facebook or whatever and said, "LOOK AT ME! WEEE!" I encourage the IRS and such to take full advantage of that to use big data and whatever else they can to catch that.

@Brett It wouldn't be too hard. To start with, they'll compare zip codes and district voting results. Then they'll look at your occupation, cross reference that with Facebook posts, or any photos you may have taken and posted, what kind of car you drive, what organizations you belong to, what you've purchased recently online, etc. You did get that they were data-mining everything out there on the internet, not your tax return?

Eventually, they'll have enough information that their statistical models will be able to predict your political posture. All independent of the 1040 information you provided. Once they think they have you properly categorized, they can decide what level of scrutiny to put your return through.

The government has become to large and uncontrolled that oversight is becoming impossible. Some people want it this way since their people are the government workers. It is terrible for the health of our country though.

How else are they supposed to figure out whether or not you're a conservative? It's not like there's a box to check on the 1040 EZ.