The GRE Is Shaking Up Law School Admissions 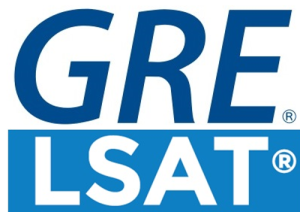 Harvard Law School announced in March that it would start to accept the Graduate Record Examination for admissions, not just the traditionally required Law School Admission Test. At the time, only one other law school — the University of Arizona's — had such a policy. Many wondered if the move by Harvard, given its stature in legal education, would prompt others to follow.

But even as the announcements give momentum to the test-choice movement, they come at a time when the American Bar Association may clamp down on such experimentation. Currently the ABA requires law schools to either use the LSAT or another test the law school has determined to have "validity" in predicting student success. Arizona, Georgetown, Harvard and Northwestern all say that they have done such studies, and so comply with ABA rules.

The ABA is, however, considering a rules change that would permit law schools to use alternatives to the LSAT only if the ABA has determined the validity of the alternative test — something the ABA has yet to do with any test besides the LSAT. And many law deans — including some who have not moved beyond the LSAT — are angry that the ABA (with backing from the Law School Admission Council, which runs the LSAT) may limit their options going forward. ...

Kellye Y. Testy, the new president and CEO of the LSAC and former dean of the law school at the University of Washington, said the news from Georgetown and Northwestern was "of concern to us."

“We believe in innovation and experimentation and certainly anything that would open access and improve legal education and the profession," she said. "But we are concerned with how quickly schools are jumping to the GRE without any reliable studies of what it means." She said that the validity studies that the law schools have cited are "small," and "we would like them to take a little more time to study what this means."

She said the LSAC was open to changing the LSAT in response to concerns of law school leaders. Asked about the GRE mathematics section, she said that "if it’s mathematics that people feel that they need, it’s something we could test."

Testy also said that the current system assures quality control, and that applicants find out from the test if they can succeed in law school. All of the law schools that conducted validity studies to start offering a GRE option said that was specifically the question they examined, and that they found GRE scores are as good or better than the LSAT at predicting student success. ...

The ABA’s various governing bodies may consider the rules change this fall. ABA's governance process is not known for its speed, so it could be years before anything is in place — enough time for more law schools to start admitting students with the GRE. The current ABA proposal does not have a grandfather clause but could be amended to add one.

Many law deans have written to the ABA to oppose the rules change. Some say that law schools need to reconsider their use of standardized tests in general, and that reliance on tests limits efforts to diversify law schools.

One group urging the ABA to make the rules change is the LSAC.

Testy, the group's new president, denied that the council was trying to squelch competition. "We’re all for choice and for using reliable and good instruments to measure" applicants, she said.

But she said that there was a concern that applicants "are understanding what they should be doing," and can get a true sense of whether they will succeed in law school. "We want to make sure we're fair to applicants."

Asked if she was saying that Harvard Law School can't be trusted to admit a class of students using either the LSAT or the GRE, Testy said, "Sure they can. And a student who has the kind of background and educational opportunity that a Harvard law student has will succeed." But she added that "all the schools aren't Harvard."

Somebody is attempting to protect monopoly and market share. I know it is idiosyncratic and personal but basically I had essentially the same percentile scores on LSAT, SAT, Iowa, etc. tests since grade school. The assumption should not be one where the law schools (with their limited resources and professional inexperience in tests of this kind) are required to prove that GREs etc. are legitimate ways to determine intellectual capacity in verbal, mathematical and reasoning dimensions but that the ABA OR some other evaluative group with sufficient resources and methodologies should be expected to do the work and part of that would be that they should need to DISPROVE the validity of such alternative tests. Otherwise I really do think it is an "apples and apples" situation rather than an "apples and oranges" one given that the tests measure essentially the same things.