Following up on last month's post, Did 'Trump Bump' Cause Surge Of LSAT Test-Takers?:  a survey of law school applicants by Blueprint LSAT Preparation revealed that over 52% listed the Trump presidency as “moderately influential” to “very influential” in their decision to apply to law school:

Even more staggering, however, was that 24% of students polled ranked “As a response to the current political climate/Trump administration” first of six possible answers. Only “Prestigious career” was ranked first by more people. 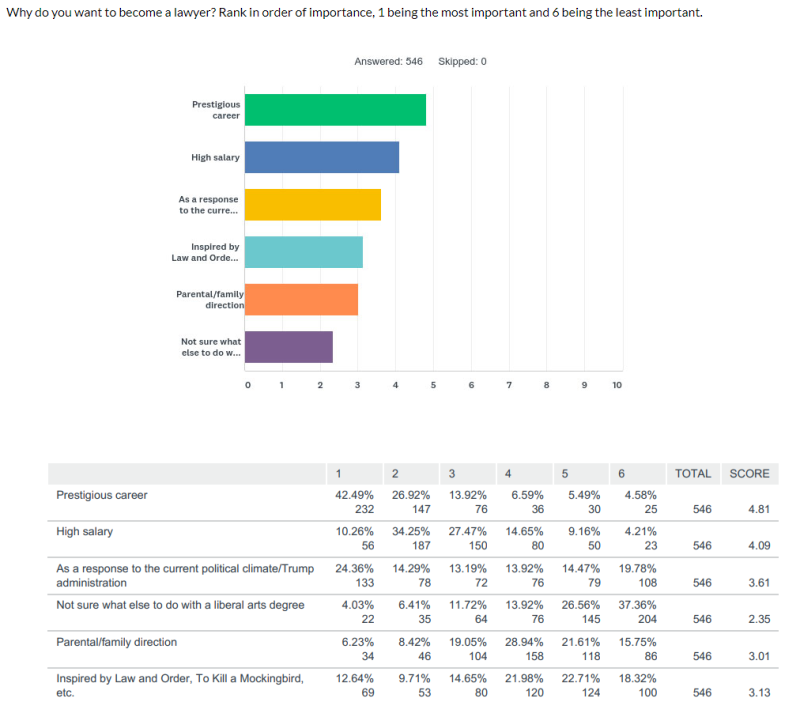 Good luck with that in light of plans to repeal PSLF, change the payback terms on IBR plans for graduate students to 12.5% of income for 30 years, and likely curtail or get rid of federal GradPLUS loans. Hard to fight Trump when you have a non-negotiable four-figure student loan payment and a $40k/year job at a small law firm (if you are lucky).