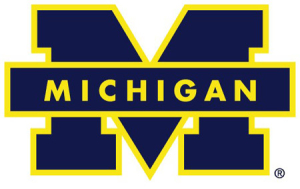 On his way to becoming the University of Michigan's largest donor, Stephen M. Ross and a group of business partners donated a collective gift to his alma mater.

IRS lawyers flagged Ross and his partners as engaging in a "tax avoidance scheme lacking in economic substance … to the benefit of Mr. Ross and his associates at Related Companies.”

It would take nearly a decade of legal wrangling before U.S. Tax Judge James S. Halpern sided with the IRS last month and disallowed the entire $33-million write-off that the judge valued at a more paltry $3.4 million. The judge also imposed maximum civil penalties for a "gross valuation misstatement" that could now cost Ross and his partners millions more.

“I think this transaction was grossly abusive, and the court decided that in imposing the highest non-criminal penalty that can be imposed on a taxpayer,” said Brian Galle, law professor at Georgetown University Law Center.

A review of thousands of pages of depositions, court filings and trial testimony from the Ross case sheds new light on how high-profile donors try to turn charitable contributions into massive write-offs. It also raises questions about the steps taken by University of Michigan officials to convert gifts from the New York real estate developer into cash.

"It's very, very rare that something is going to grow tenfold in less than a year," said Miranda Perry Fleischer, professor of law at the University of San Diego and expert in tax policy and charitable giving. "They were trying to play games" with valuing the gift.

The gift in question is a small fraction of giving by Ross, who stands among the nation's most generous supporters of higher education. With a total of $328 million pledged to the University of Michigan, he remains the largest alumni benefactor in the institution's history. His name stretches across the Ann Arbor campus, from its business school to its athletic facilities.

U-M also received the money Ross promised 15 years ago at the heart of the tax case. The gift came from Ross, who also owns the Miami Dolphins professional football team, and his partners. It helped pay for the Stephen M. Ross Academic Center for student-athletes.

But in the tax case, the IRS and federal tax judge found that Ross and his partners failed to back up their claimed deduction based on the U-M gift with credible information about its fair market value.

“I don’t understand why someone is not going to jail,” University of Florida professor Steven J. Willis, who has authored books on charities and tax law, said of those involved with the tax filing.

Two key figures in structuring his gift and its resale by U-M were Ross' former accountant and an outside lawyer brought in to complete the deal.

In an unrelated criminal case, federal prosecutors later charged Ronald Katz, Ross’ former tax accountant, and Harold Levine, a lawyer who helped engineer the U-M donation, with fraud for a series of deals not connected to Ross. In June of this year, both men pleaded guilty to felony obstruction and tax evasion.

Ross "was surprised and extremely disappointed by the actions of the two individuals, who have pled guilty, and has severed all dealings with them," Ross' spokeswoman said in a statement.

As for the tax case, Ross is likely to appeal the judge's ruling, Ross spokeswoman Joanna Rose said.

The outcome of the case has not affected Ross' pledges, she said. "Mr. Ross is pleased to have fulfilled on all of his obligations" to the University of Michigan, Rose added in a statement.

In his ruling last month, the tax judge didn't directly address the role of U-M officials. But according to the IRS, the University of Michigan also failed to follow some of its own policies and procedures in accepting and reselling the non-cash gift in Ross’ name.

Critics say those were warning signs that the deal was problematic, and U-M officials may have succumbed to pressure from a wealthy donor.

In response to questions from the Detroit Free Press, U-M officials said the acceptance of the Ross gift and its resale by the university was thoroughly reviewed by lawyers and tax experts.

"The university does, on occasion, accept gifts of tangible property, real estate and, in this case, non-marketable financial interests," university spokesman Rick Fitzgerald said in a statement. “When such gifts are accepted, the university works to liquidate those assets as soon as appropriate.”

The U.S. Tax Court did not find fault with the university's handling of the Ross donation, Fitzgerald added.

Others, however, see evidence of a broader problem.

Brian Galle may need to refresh his knowledge of penalties. The court imposed a 40% penalty which is not the highest penalty. Civil fraud is a 75% penalty and is not criminal in nature.

"... the University of Michigan also failed to follow some of its own policies and procedures in accepting and reselling the non-cash gift in Ross’ name...
Critics say those were warning signs that the deal was problematic, and U-M officials may have succumbed to pressure from a wealthy donor...
The U.S. Tax Court did not find fault with the university's handling of the Ross donation
Others, however, see evidence of a broader problem."

There's SO much WRONG with the entire case especially on Ross and the UofMI.
Ross's former CPA accountant and attorneys should've received Jail time as well as some people.
The University got it's hand spanked, so to speak, but it can NOT look the other way since Ross was an alumni so you have LOTS of Issues right there.

ALL Universities should have it's Tax-exempt (501 (c)) REVOKED!