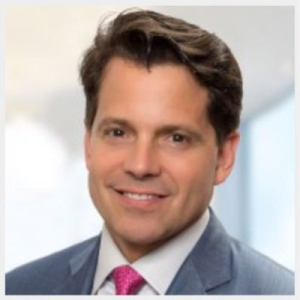 With the announcement of his resignation/termination, former White House Communications Director Anthony Scaramucci’s tenure in the Trump Administration lasted about 10 days. Those 10 days may prove tremendously interesting from a tax perspective. Like most administrative officials, Mr. Scaramucci requested a Certificate of Divestiture (“Certificate”) from the Office of Government Ethics (“OGE”).

Under the Ethics in Government Act (“Act”) (Ethics in Government Act of 1978, P.L. No. 95-52), certain individuals entering the administration must divest their holdings to avoid ethical dilemmas. Once a Certificate is issued, that individual could qualify under section 1043 for deferral of gains (assuming the procedural requirements are met). Congress enacted section 1043 to further the collective good by eliminating a tax-based barrier for entry into public service. If one qualifies under section 1043, the statute permits deferral of recognition of gain from sales required to comply with the Act if government securities or diversified mutual funds are acquired. (For a full description of the section 1043 rules see also Donald Williamson, A. Blair Staley, and James S. Gale, Tax Planning for Federal Appointee’s Conflict of Interest Requirements, Tax Notes (Mar. 16, 2009).

Does Scaramucci Qualify for a Certificate of Divesture?

This is an open and contentious issue. According to reports, back in January 2017 when Mr. Scaramucci was considered for a position in the Trump Administration he arranged the sale of his hedge fund SkyBridge Capital to a group including RON Transatlantic EG and HNA Group Co. The sale has still not closed.

It would seem that to qualify section 1043 an asset has to be sold subject to a Certificate issued by OGE. The policy behind section 1043 is that the government is compelling the sale of the asset to resolve a conflict of interest. Most commentators believe that the form of the transaction controls: appointment, ask for a Certificate, sell, then purchase replacement property.

The articulated test by OGE is “Do not sell the asset until your agency ethics official provides you with the Certificate of Divestiture or notifies you that OGE has denied your request. A Certificate of Divestiture is valid only if obtained before selling an asset.” See also, 5 C.F.R. Section 2634.1004, Example 3. But as Richard Painter (former chief White House ethics lawyer to President George W. Bush) points out, Scaramucci could qualify if owning SkyBridge is conflict before sale is complete. This is seemingly the position of Scaramucci as articulated by his counsel.

Assuming that Painter’s objection is not the current OGE position, two interesting subsidiary questions are raised (i) why should form-over-substance control, and (ii) has the sale closed?

As to the first question: if you sell non-publicly traded assets it would be difficult to sell in a fire sale type situation. Imagine what buyers would pay for Scaramucci’s hedge fund should they know he is forced to sell or turn down a job at the White House? Personally, I am not convinced that form should be as dispositive as others believe in this type of transaction. It seems wholly reasonable to me that the sale as part of a plan of government employment would be acceptable. This test is quite consistent with the way the tax code approaches many issues like corporate formation or dividend distributions. Divesting publicly traded stock (e.g, Goldman Sacs, Exxon) is rather simple (for the most part) and should not be eligible for the pre-Certificate exception. (I could see an exception if Mark Zuckerberg entered public office). But, private or closely held businesses divestures are complicated and subject to pricing pressures. In those cases, I would think that substance might be a better test.

As to the second question, has the sale closed? I wrote about the Williams Energy-ETE merger that failed last year. In that merger, for the first time that many can recall, a merger was undone by the failure of the issuance of a tax opinion. Generally speaking a tax opinion was not a condition precedent to back out of a deal. The Delaware Chancellery Court held that the tax opinion was a condition precedent and allowed ETE out of the deal. This was a surprise to many observers. I am not sure it should have been. After all, in tax and corporate law, when a deal closes is often a facts and circumstances test.

Has Scaramucci’s deal closed to the point where a Certificate can’t be issued? I would guess (without knowing the purchase and sale agreement), no. At least one closing condition seem to be open. When foreign buyers are involved in a transaction of this size and type, the Committee on Foreign Investment in the United States needs to approve the sale. Besides the backlog because the agency is understaffed, given the sensitivity with large blocks of stock owned by the hedge fund, it is not guaranteed that CIFUS will approve the sale. So, it is possible that the deal might not close or have to be modified. It is likely that other conditions precedent to the closing exist that would allow either party to back out. To me, that makes the deal seem open.

Does Scaramucci’s termination/resignation moot the issue?

This is newest question. If the sale qualified under a Certificate, does the fact that Scaramucci ended his employment within 10 days (and pre-sale closing) moot the issue?

The answer would seem to be no. If the sale was part of a “plan” for appointment and required a condition precedent to accepting the position in the administration, then the issuance of the Certificate should apply. This should be true even though the sale does not happen until after he left office. The application of section 1043 is premised not on a number of days in office or that the sale happens while in office.

Section 1043 requires that first the sale happens pursuant to the Certificate. Once the Certificate is issued, the requirement is that the proceeds have to be investment within 60 days of the sale (and you take a section 1012 basis in the replacement property). There is no requirement that the individual is currently a government employee at the time of the sale or the reinvestment.

This seems to be the correct result. Assume that a requirement to take office is the sale of a portfolio of hotels. That sale would take a significant amount of time potentially years. Once the process of the sale has started because of the appointment, and then the timing of the conclusion of the sale should not matter.