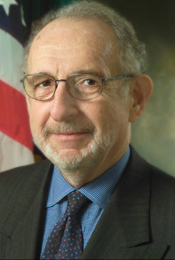 Harry Grubert, longtime Senior Research Economist in the Office of Tax Analysis at the U.S. Treasury Department, has died at age 81 after a long illness.  From Dan Shaviro:

Harry had more knowledge about U.S. international taxation than any other living individual. I'm not referring to legal knowledge, of course, as he was an economist — albeit, an exceptionally well-informed one about the law. But his long years of research and study regarding U.S. multinational firms, based on tax data that he understood better than anyone else, made him an extraordinary resource, almost like a public utility in light of his kind generosity and willingness to share what he knew.

He was also a leading scholar who developed a number of interesting and important international tax reform ideas (often in coauthored work with Rosanne Altshuler), and one whose research yielded innumerable consequential empirical findings — for example, regarding the costs associated with U.S. multinationals keeping their funds tied up abroad.

I would generally see him a couple of times a year at research conferences, most recently in Oxford this past May. And he was a presenter at the NYU Tax Policy Colloquium, I believe three times. We wouldn't have kept asking him back if he hadn't combined excellent and important papers with being a great presenter and fount of knowledge as well as wisdom.