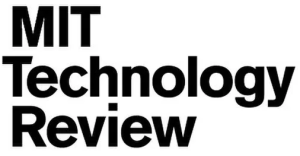 When robots steal our jobs, should they be made to pay taxes? That’s something residents of San Francisco are being asked to think about by Jane Kim, who represents the city's District 6 on its board of supervisors. She wants to find cash to help folks out with retraining or a universal basic income when robots take over their toils, and the suggestion for generating that money is a tax on robots.

In reality, it’s not clear what the best way to impose taxes on automation is. Earlier this year, the Economist weighed what such a thing might look like. Taxing capital investment in robots or the increased profits as a result of their installation, the two obvious ways to go about it, don’t seem to be a perfect solution, according to the magazine’s analysis.

There are other ways to tackle the problem that don’t focus on the machines, though: reducing tax on human labor, perhaps, or aggressively taxing the world’s most successful firms that make best use of automation. But it’s still unclear which would work best.

Will they have to pay payroll taxes, too?

I cannot see this as anything but more virtue signaling by the people who run California. The amount of tax revenue they will get, if they don't intend to kill new and existing enterprises completely, is minute, and the jobs their latest minimum wage bill destroyed are *not* coming back. The restaurant jobs will either be done by robots, or will not be done at all, with restaurants closing. They seek to prove to *someone* that they can manipulate the economy to get jobs to those who chose "studies" majors and fine arts majors, and everything outside the STEM fields, which fields so far are taking care of business. Add enough taxes, and those too will just go away, as they are starting to do.

What's the difference between taxing a robot and taxing other work-saving machinery from drill presses and trucks to computers. They're simply tools that enable us to do more.

This threatened tax is yet another reason not to have a business in California.

It would be yet one more reason for companies to leave California. One day those reasons will outweigh the gateway to Asia advantage.