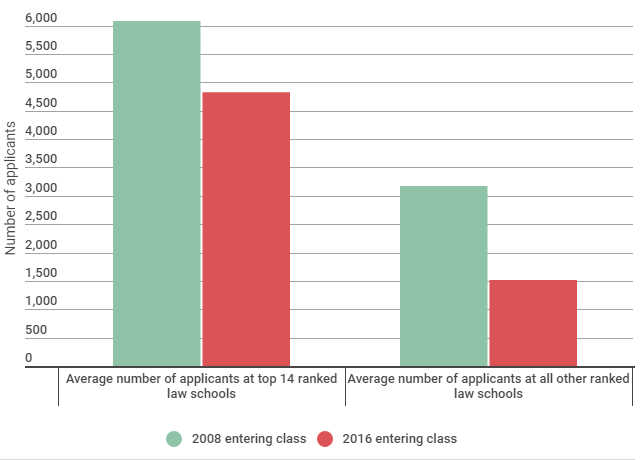 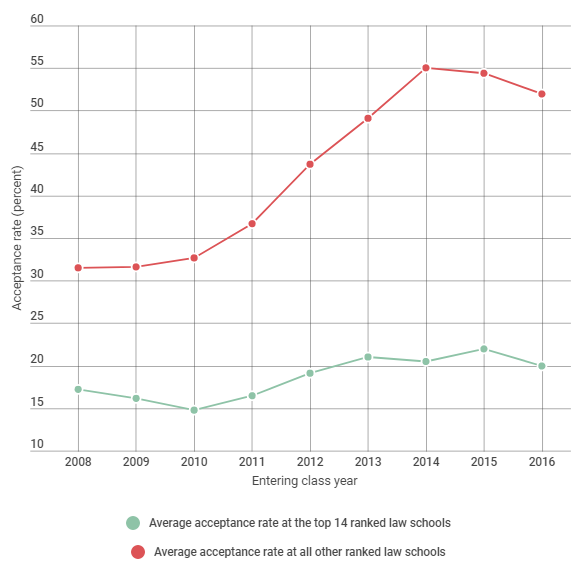 ABA Journal, Reduction in Law School Applications Result in Favorable Upsides For Some

The quality of newly minted attorneys is fairly pronounced. I have experienced attorneys who are unable to properly read statutes, codes, and case law; and unable to present a cogent argument. One would think that after three years of reading, outlining and discussing cases that a new attorney could at a minimum correctly read the law and make a compelling argument (or at least a plausible one). Unfortunately, many new attorneys completely miss the point and end up wasting their time, their clients' time, opposing counsel's time, and the court's time with poorly written and researched filings. I feel most sorry for the client who spent hard earned money on legal services that are not up to par and deficient (although it makes my job easy).

I have never been an advocate for apprenticeships, but I now believe that such a system may be needed to improve the quality of legal services. Maybe a system similar to the licensing of medical doctors is needed. This could benefit the public in many ways. It would improve the quality of legal services, and during the “residency” or “apprenticeship” phase, new graduates could serve low to medium income clients, at reasonable prices or for free.

Finally, the legal market still has not improved to pre-recession levels, and, at this point, I doubt it will ever return. Baby boomers are not retiring in the numbers predicted, and most I have spoken with are determined to continue working well into retirement age. Judges in my state serve well past retirement age and to the statutory maximum age of 75! My old law school needed to buy out many professors well past retirement age, and some refused, continuing to teach. Finally, I worked for a period of time for a federal agency, where despite having generous retirement benefits, many baby boomers are holding on to their positions. Thus, the baby boomer “bubble” is not about to pop anytime soon.

I believe most rationale people see that the risk-return ratio is not in their favor and will not be for several years. It is my opinion that it will not make financial sense to go to law school until the overhang of excess attorneys is absorbed into the marketplace, which could take another 10-15 years. [I say “financial” sense because there are legitimate non-financial reasons to go to law school.]

You are using averages (versus median) so that outliers and the big drops at the bottom of the pack pull down all of the other schools in the non-T14 group. Nice graphic and sound bite but not very meaningful information.