WSJ:  In Face-off With IRS, The Boston Bruins Win Big 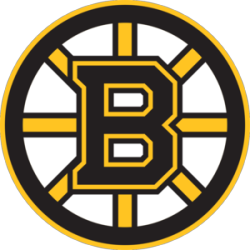 Following up on last month's post, The Boston Bruins (And Other Pro Sports Teams) Can Deduct 100% Of Meal Expenses At Away Games:  Wall Street Journal Tax Report, In Face-off With IRS, the Boston Bruins Win Big:

The Boston Bruins ruled the world of professional hockey six years ago when they last won the Stanley Cup. But the team’s victory last week over the Internal Revenue Service will likely resonate far beyond the rink.

In Jacobs v. Commissioner, [148 T.C. No. 24 (June 26, 2017),] the owners of the National Hockey League’s Bruins argued the team should be able to deduct 100% of the cost of certain meals they provided to players and staff. Under current law, only 50% of the cost of many business meals is tax-deductible.

The Bruins’ victory has potentially opened up a new tax maneuver for many businesses. Now they may be able to write off twice as much as they thought allowable for meals provided to large groups at business meetings far from company headquarters.

The case isn’t crucial financially for the Bruins. The team has a player payroll of about $70 million this year. But the decision is a certain win for all types of professional sports teams that play away games.

Tax experts say the ruling could have even broader applications.

Some businesses periodically bring far-flung employees together for training or coordination. If they meet the conditions set forth in the opinion, they might also qualify for a deduction of 100% of meal expenses for all employees who attend rather than a 50% write-off, says Mr. Adkins.