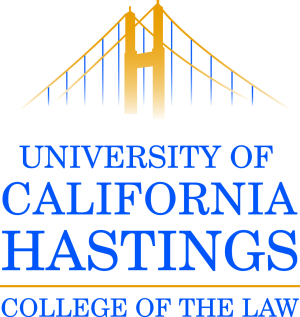 Between the first European “contact” in 1542 and 1834, the native Californian population dropped from 350,000 to 150,000. The causes of the population collapse were European diseases, abuse at the hands of the Spanish and suicides. After 1834, however, when the native population plummeted from 150,000 to 18,000, the cause was different: Indian hunting was sport for the mostly white gold-seekers and settlers. Indian-hunting raids nearly annihilated the population and had the added benefit of ridding the state of those who might assert their land rights, rights guaranteed under international law.

Serranus Clinton Hastings was promoter and financier of Indian-hunting expeditions in the 1850s. Hastings later founded Hastings College of Law in San Francisco, now the oldest law school in the state, and a part of the University of California system.

Leland Stanford solicited volunteers for his Civil War-era army campaigns against California Indians and, as governor, signed into law appropriations bills to fund those killing expeditions. He later founded Stanford University in the name of his son, Leland Stanford Jr. Both Hastings and Stanford had made fortunes in real estate.

Their ability to acquire land titles was facilitated by the massacre of the rightful claimants, a near-extinction they promoted and funded. As UCLA professor Benjamin Madley wrote in his sobering An American Genocide, published in 2016 by none other than Yale University Press, both Stanford and Hastings had “helped to facilitate genocide.”

How about tuition, board & room for four year degrees to all that can prove that they are residents of California & decentents of Natives? Continued exposure to factual history is good to judge humanities past & use as prologue for our future. There are still many undiscovered silent heros of humanity too. Thank you for sharing this enlightening story.

Berkeley was just as bad

More like "rising pettiness and sensitivities" than "rising sensibilities."

Just a thought experiment, but, are progressives 100 years from now going to be criticizing and tearing down monuments and renaming schools for present-day left-of-center politicians?

After all, the nature of progress is change, sometimes radical and rapid change, and if Bill Clinton couldn't get nominated today with his 1992-1996 platform, what will future progressive generations think of Obama, etc.?

Clearly, Serranus Clinton Hastings was merely trying to stop the cultural appropriation of the European culture, as the native were using horses (not native to North America) and European arms, clothing and foodstuffs.

What does this mean: "rights guaranteed under international law?" Is it referring to the treaty between Mexico and US under which whoever held title under Mexico/Spain kept title under US? Did that apply to Indian territory?

Our rising sensibility obliterates the names of those who sought to enslave or discriminate against a people.

Pretty much all we need to know right here.

The logic is clear and compelling: We are only supposed to celebrate more primitive cultures and practices from distant places. Not from distant *times*, which is, like, completely different.

What *is* the difference? People from distant times aren't around to violently object. Imagine if all these historical figures suddenly appeared. Better yet, imagine today's activists transported back in time to encounter the world they criticize. I'd pay to see that movie.

“Our civilization is flinging itself to pieces. Stand back from the centrifuge.”
― Ray Bradbury, Fahrenheit 451